I've been noticing that whatever is taking over our neighbors' yard that is behind/next to my veggie garden is starting to grow in my compost pile.  It's one of those jobs that doesn't take long to do, but is easy to put off.  While out, my neighbor was, too, and I asked her if she knows what it is.  She said her DH had taken some to a store, and asked, but she didn't remember what they called it.  They gave him some kind of weed killer that they are also going to use on their creeping Charlie.  I told her I'd leave the plants growing along the fence, but then changed my mind, because those roots go into my garden, and I really don't want that stuff leaching in.
Do you recognize this plant?  I don't remember if it blooms. 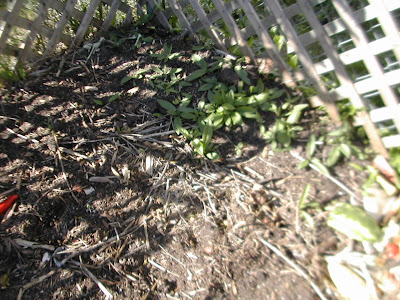 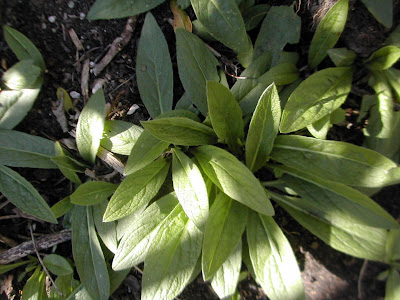 Here it is, on the neighbors' side of the fence.  My FIL put railroad ties along the fence when he lived here, and they are past the point of needing to be replaced.  I imagine I will be pulling the stuff out from here, and the compost again.  I was going to turn the compost and bury the remaining roots, but I'm thinking that may be a mistake.  If the roots aren't killed, I could have the plant all over the yard, wherever I put my compost.  At least where it is, I can keep after it. 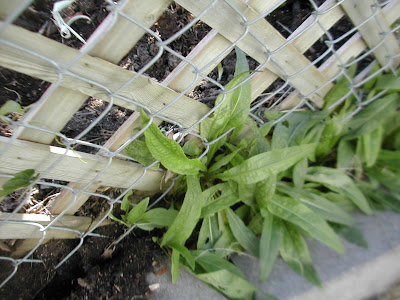 At first, I was thinking the neighbors' plant could be related to orange hawkweed, which can also be invasive.  A friend gave me this, and I'm keeping it confined to this area, and pulling it out when it goes out of its alloted space. 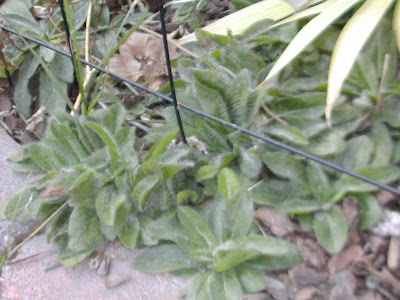 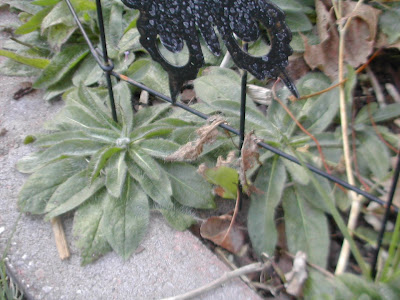 Here's where I got sidetracked from the other gardening, such as spreading of compost (from the non-invaded pile).  I went ahead and pulled all the weeds along the neighbors' side of the fence so they wouldn't decide to put the herbicide all along my garden. 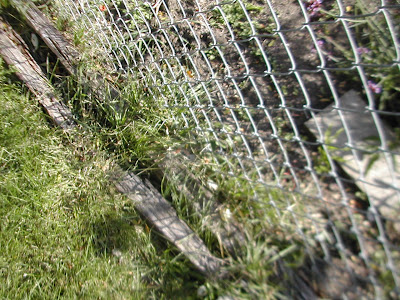 We need to get something else to put along here.  Any suggestions?  I don't want to make mowing harder for the neighbor.  There are a few cement blocks along the area of the compost pile, so we could just put more along the fence.  It won't be pretty, but should look better than this.
Posted by Corner Gardener Sue at Monday, October 20, 2008