I have probably talked about most of the plants I have for Gail's Wildflower Wednesdays over the years.  Today, I want to talk about Culver's root with a bit of a different slant.  Since I do not have a prairie, but a small corner lot, I usually cut back some plants like asters, Culver's root, monarda, sweet black eyed Susans and others that get tall and bloom later in the season so that they will bush out and not flop later in the season.  I normally take off about 6 to 12 inches. I also deadhead the amsonias and cut back the baptisias after they bloom.  Do you do any cutting back or trimming?

The Lady Bird Johnson Wildflower site says Culver's root gets 2 to 6 feet tall.  That is quite a range!  It is a plant that prefers to have some moisture.  I have three of them, and they do not get the same amount of water as each other, since one does not get hit by the sprinkler system we use for the little bit of lawn we have. 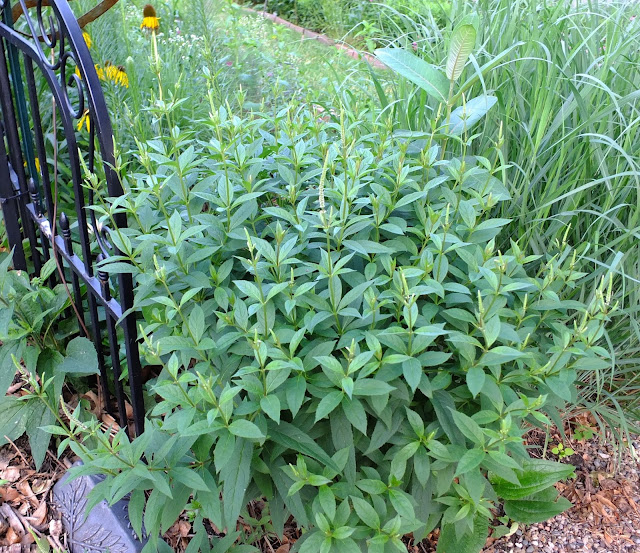 I was sick this spring, and it has taken awhile to get my energy back.  I was late getting the plants cut back, and some, I didn't get to.  Since it causes the plants to be a bit shorter, and delays bloom time, I was surprised to see the two plants I trimmed starting to bloom already. 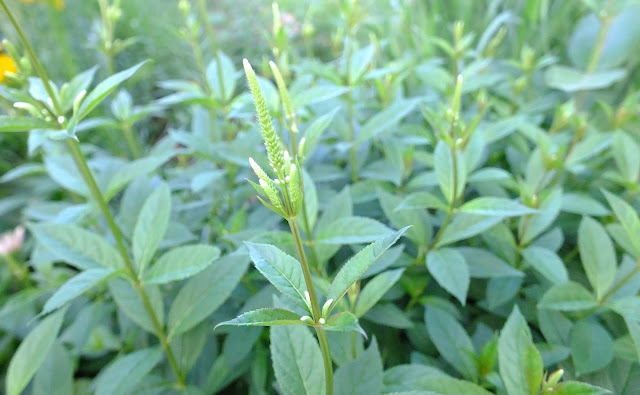 This is the plant across the way from the previous one. 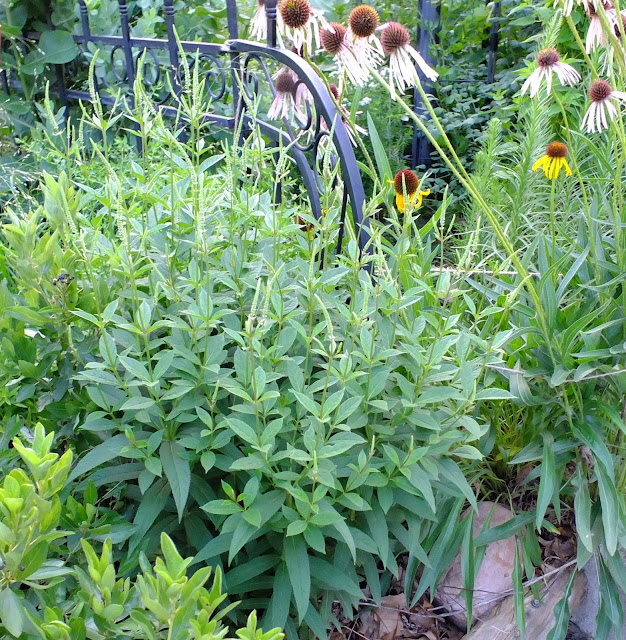 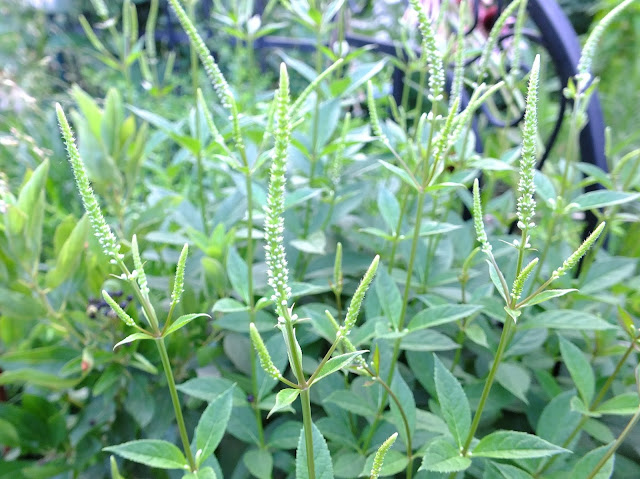 Here is the plant that does not get as much water, and that I didn't get cut back.  It did start blooming earlier than the others, and I tied it up because it was flopping.  It looks like the blooms are going to be larger than the ones just coming on.  I don't think the bloom size is affected on other plants I cut back.  The monarda fistulosa I didn't get cut back has the same sized blooms as when I cut it back.  It is very tall, and I was thinking it may not flop, but the latest rain really caused it to splay out, so it is tied up, too. 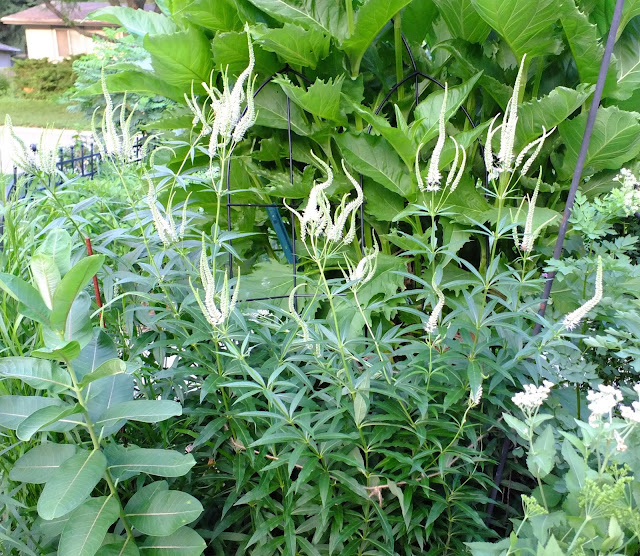 I have been seeing a few bees on the blooms. 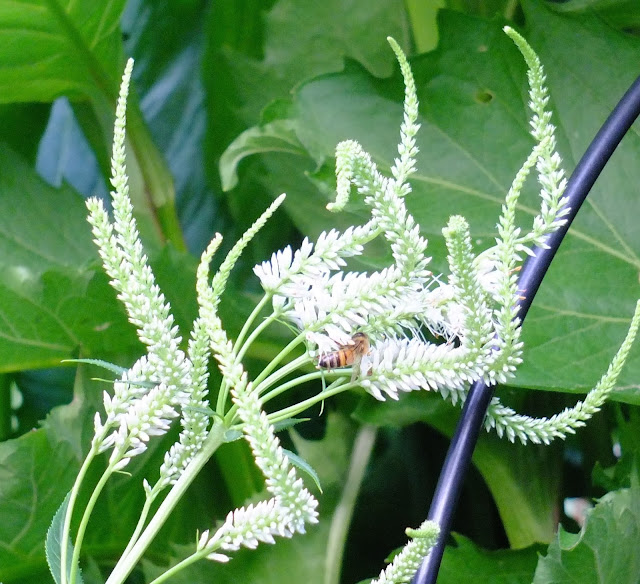 This is a very tiny bee, about the size of an ant.  At least I think it is a bee.  It was flying. 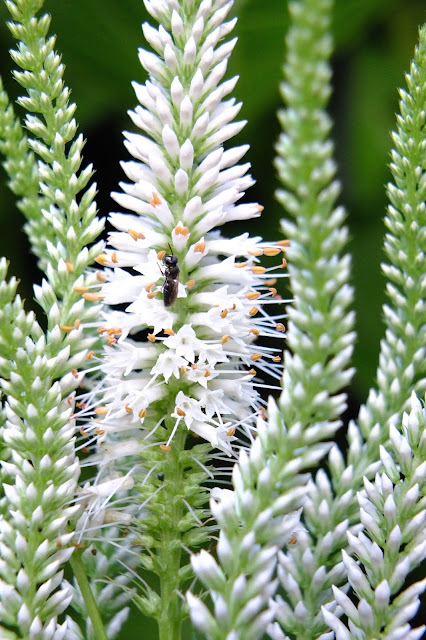 We had a very late spring, and then it got very hot.  We had some relief in the last week, with over 2 inches of rain!  The heat is coming back this week.  I hope all is well with you, and you are seeing some pollinators on your blooms.
Posted by Corner Gardener Sue at Wednesday, June 27, 2018 7 comments: