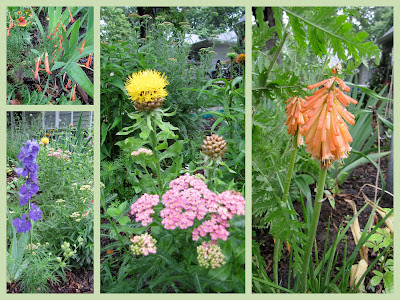 Above: blanket flower with pine leaf penstemon, giant larkspur of some kind that I grew from seeds inside that looks just like my other larkspur, queen Anne's lace in the background with centauria and yarrow, and knifofia.
I am joining Katarina at Roses and Stuff's Friday Blooms for today, since I have so many flowers that weren't blooming for GBBD, and now are. I am posting in Firefox, and it is not letting me write above the first photo, so I'm keeping the rest of the posting below the photos, instead of above, like I normally do. I've noticed most people post below the photos, so maybe I'll experiment with that. 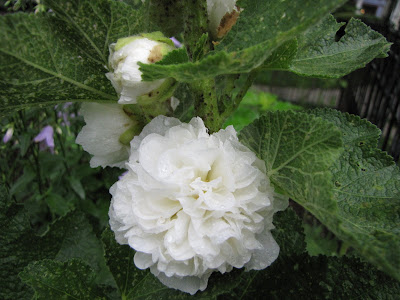 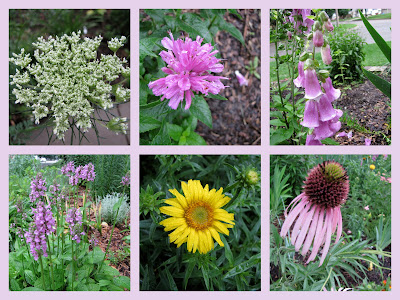 Queen Anne's lace, dwarf Mondarda, maybe Pink Delight, Foxglove, maybe Strawberry, wood betony, false sunflower, and the thin leaved coneflower from my GBBD post, that held the petals out straight when they first bloomed, but now is holding them down. 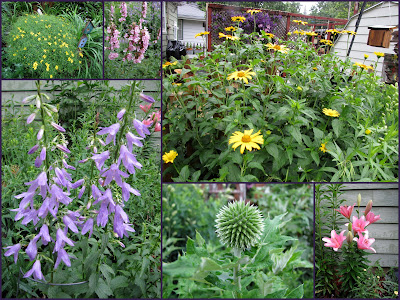 Theadleaf or Moonbeam coreopsis, the taller variety, hyssop, which was supposed to be blue, but isn't, false sunflower, a passalong bellflower of some kind, that bloomed for most of the summer last year, globe thistle, which will turn blue, and I'll pick some to dry, and Lilium x Brindisi, that I got for 75% off at Lowe's last year after it had bloomed. On GBBD, it was holding on to its bud for dear life. 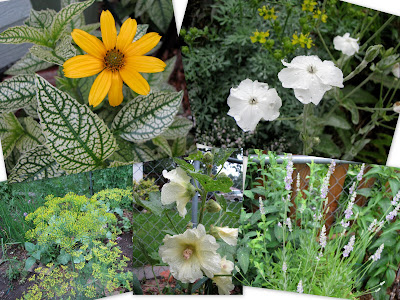 Variegated false sunflower, rue with a self sown campion, dill, hollyhock, and lavender with no tag.

Have a great weekend!
Posted by Corner Gardener Sue at Friday, June 19, 2009