Meet Wally, the daylily I saw a photo of on the ivillage GardenWeb Cottage Garden Forum last summer. I decided I had to have one, and found a mail order company who I also purchased some other daylilies from. They are all doing well, and when I saw Wally was open this morning, I went out in the rain and took photos of the blooms that were newly opened the last day or two. 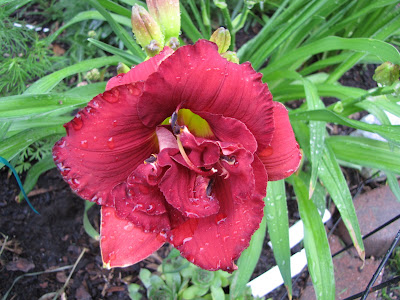 I took another photo later in the day. I think it gathered itself up well, after the rain dried off, and displayed a lovely pose for the camera. 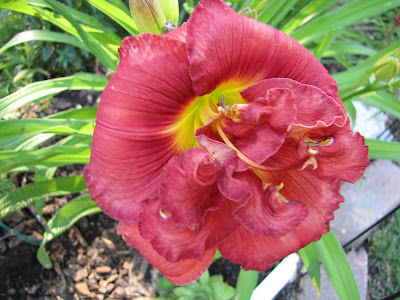 This is the first of the row by the street in front of the veggie garden to bloom. There were 2 blooms open today. 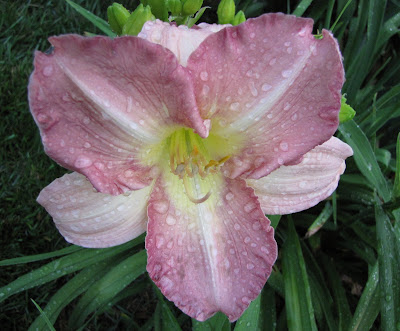 This is a Shopko red that was originally planted about 6 years ago, but was moved to this curb area last summer and looks to be continuing to be a good bloomer. 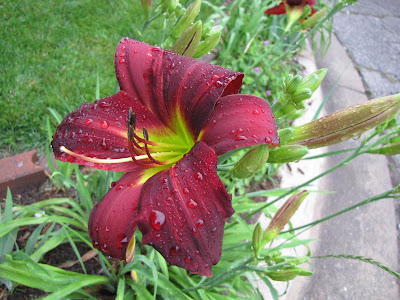 I moved this last year, too. I don't remember where I got it, but it's a nice plant, too. 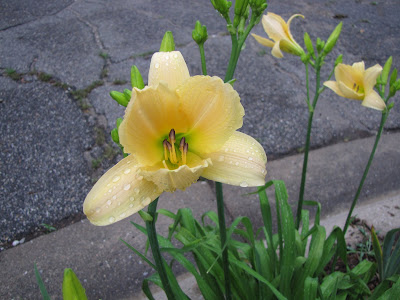 I think this is Monarda Pink Delight. I am delighted with it! 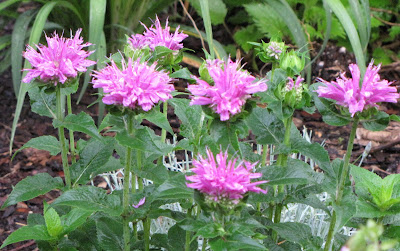 I was thinking this was a salvia of some kind, but it's looking like a veronica to me. Do you know what it is? 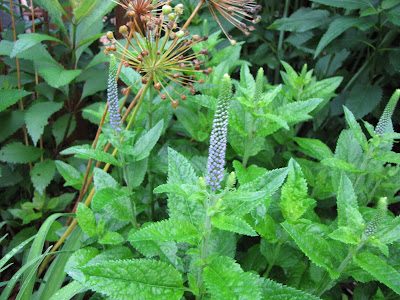 I finally got a glare free photo of these pansies, but couldn't get one of them with the dark blue ones in the pot with them. 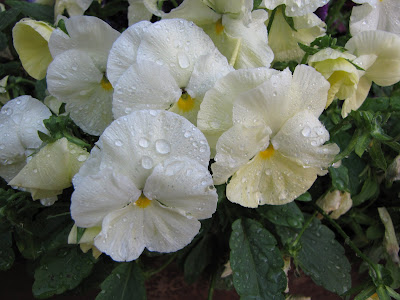 This Helenium has been in the bed for a number of years, and is blooming earlier than usual this year. Usually, I give it a trim early in the season, and it gets bushy and the blooms are later. I didn't get that done this year. I hope it blooms until fall. I'll plan on keeping it deadheaded. 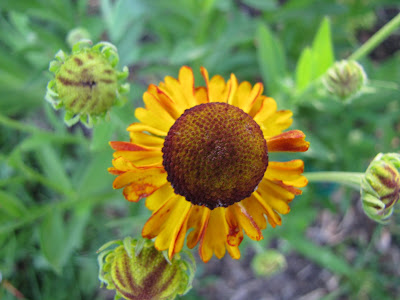 My husband, Larry, has a water garden. One of his water hyacinths is blooming. Kanak, from Terra Farmer posted an interesting article on this plant. I just happened to read it yesterday, when the first bloom had opened, and found out each bloom only lasts a day, so I went out as it was getting dark out and got a photo. Then, today, several opened at once, so I took this photo: 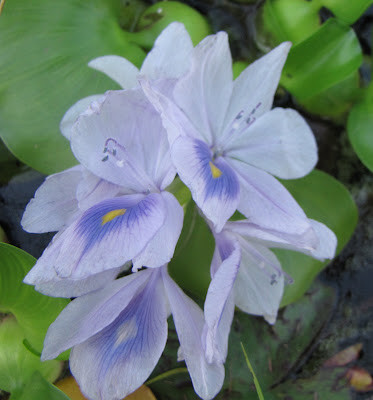 I have summers off because I work at a school. I am amazed at how quickly the days fill up with things to do, and I end up longing to be in the garden more. We've had a busy couple of days, so I am excited for tomorrow, Monday, to get here because I will be able, if it's not raining, to have some uninterrupted garden time during the day. I hope you are finding a good balance with your time.
Posted by Corner Gardener Sue at Sunday, June 21, 2009