I love chives. The first time I bought some, they were in full bloom, and the man told me to cut them back, and they would re-grow. I did, and he was right, so that's what I do, normally, after the flowers have faded and are ratty looking.
In the herb garden, I have regular chives, and onion, or giant chives, which have larger leaves. Their bloom colors are different. The first 2 photos were taken May 14. (I also grow garlic chives, but only in pots, because they are invasive for me, and don't stay dug out or pulled. They have white flowers later in the summer, and I cut them off before I think they have gone to seed, but still don't put the blooms on the compost pile.)
Onion Chives: 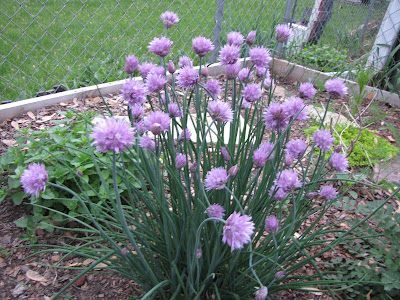 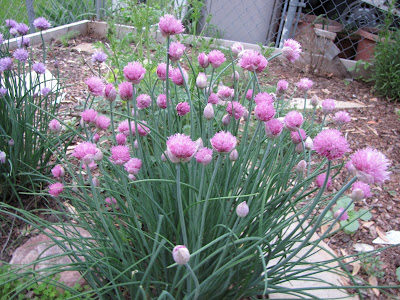 May 23rd, the flowers weren't bad, but were starting to fade, and I decided I wanted to go ahead and cut them back so that the chives would re-grow, and I could go back to being able to use the chives from the whole plant. (The stems with flowers are stiff, and I don't like to cook with them.) 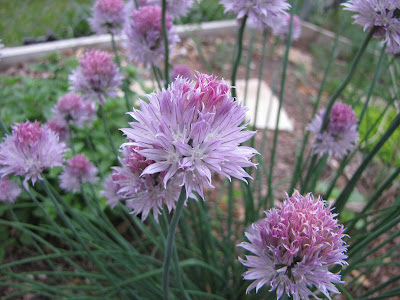 Here's the photo that shows the chives cut back, and the scissors I use to cut herbs. They come apart, and can be washed in the dishwasher. (When I use chives in food, I snip them into the size I want with the scissors.)
I had fun taking pics of the blooms, trying to show the purple and pink together. 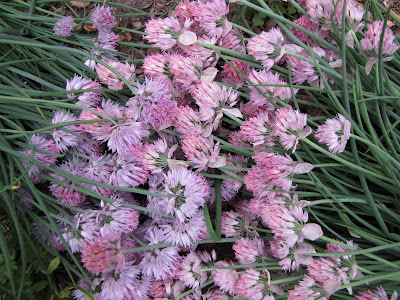 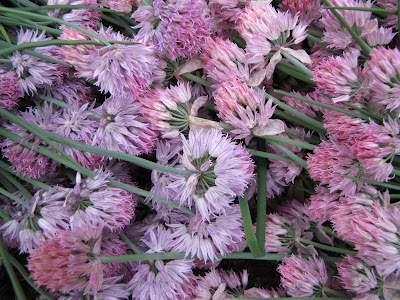 The photo taken today shows that the chives are growing back well, and I can start using them again. 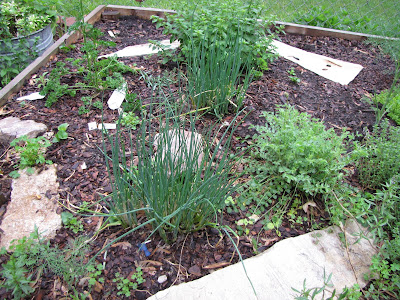 Do you have other ways you grow or use chives?
Posted by Corner Gardener Sue at Saturday, June 06, 2009