Some Seedlings in the Veggie Garden

When I was taking photos for my veggie garden update, I noticed cilantro and other volunteers coming up, but had taken so many other photos, I decided to do a separate post. It has been raining since early yesterday morning, so once again, I went out in the rain after work today, and enjoyed my hunt for seedlings to photograph.
This afternoon I was trying to remember what I'd learned about whether all of the larkspur and bachelor buttons that I saw in the spring were new seedlings that waited for the right season to sprout, or if some of them were brave ones that had survived the winter. When I did a search, I found a post on a blog, How the Gardener's Workshop Garden Grows, that was quite informative. This person actually plants seeds to come up in the fall. It was stated that up to zone 6, the seedlings that come up in the fall are developing roots for spring. I am 5b, but I have a feeling some of the seedlings I have in the fall make it through to spring. I know there have been some plants survive that are grown as annuals here, such as a few daturas, and verbena bonariensis. Also, at least some of the flowers that come up, are newly sprouted, because we get more than the ones that come up in the fall.
I have a feeling the cilantro, shown in the first photo won't survive the winter, so I should use it soon. 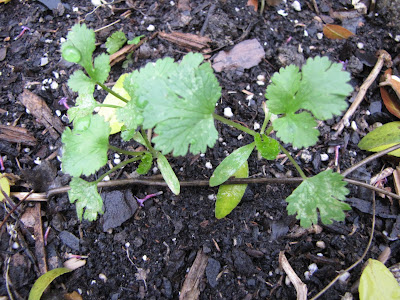 This is larkspur, an annual. There are a number coming up. 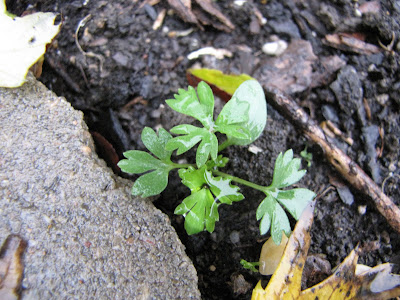 I've had some hollyhocks that were supposed to be perennials. I'm not sure if this one is, or if it's a biennial. The ones that come up here seem to be yellow, even though the first ones I planted were blacks and reds. 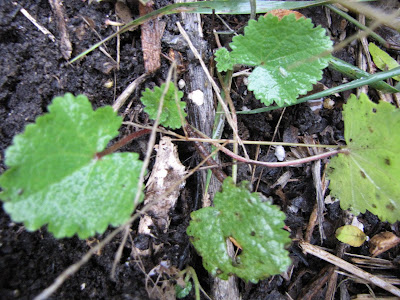 This is bachelor button, an annual. It's the only one I've noticed so far. 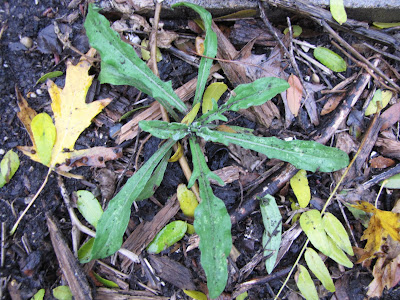 The annual, cleome will send up lots more seedlings in the spring. I read that I should wait until spring to thin these to see which ones will survive winter. 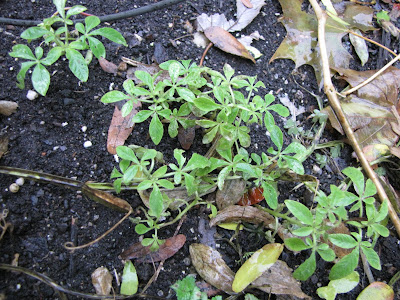 Verbena bonariensis comes up at all times of the season. 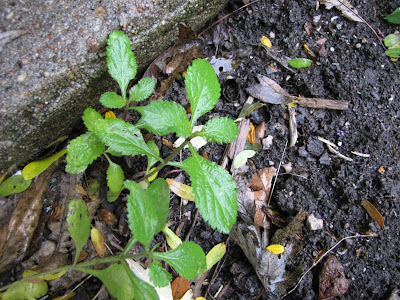 This is a perennial sweet pea, coming up in the middle of the garden, next to some cilantro. 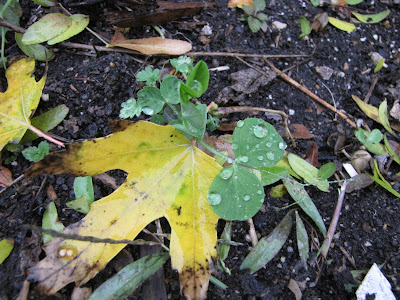 Once dill starts blooming, I have trouble keeping it deadheaded to prolong the season. I have been using the dill I dried, but maybe there will be enough to use some fresh before the snow flies. 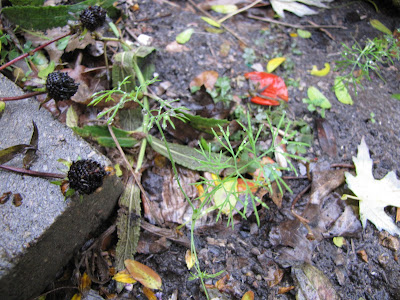 I think this is catmint. If not, it could be anise hyssop. 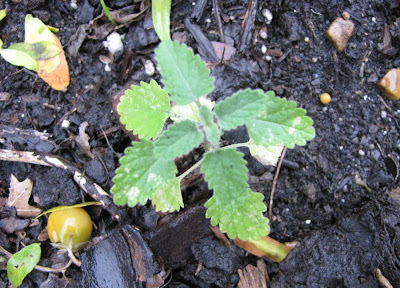 I still have borage blooming, but some seeds evidently matured in time to start a new plant. 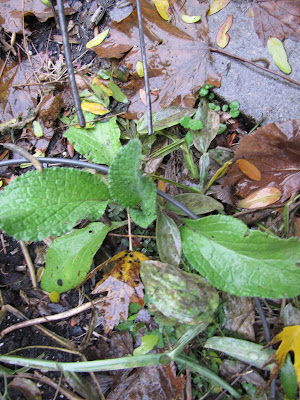 There are a number of young weeds enjoying the rain, as well. 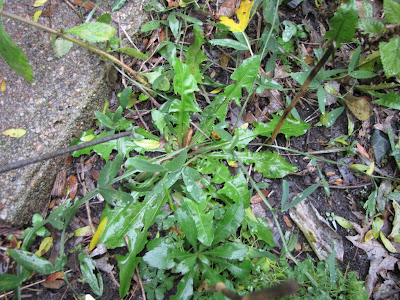