A Misjudge of Character/I Was Fooled

Gail, from Clay and Limestone did a post on Pycnanthemum muticum, short toothed mountain mint this week, and said it can be a thug. I left a comment, referring to my other posts on mountain mints, saying they do not spread like other mints. This spring, what I thought were fallen stems from the plant I put in last year were taking root and new mint plants were springing up. I pulled them, stating that I hope the plant behaves this summer. In July, I said it was behaving.
Today, while Larry and I were doing some yard clean up, I went over and checked around the ground around the mountain mint to see if it was spreading from the base. Wow, was I surprised at what I saw!
Look how innocent this plant looks! It must think I won't look past those beautiful blooms to see what's going on underneath it. 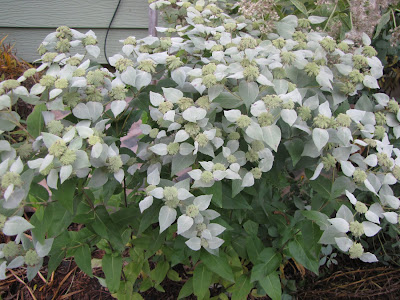 You can see some of the little new plants springing up, and if you look closer, you can see runners, not stems like I thought they were in the spring. 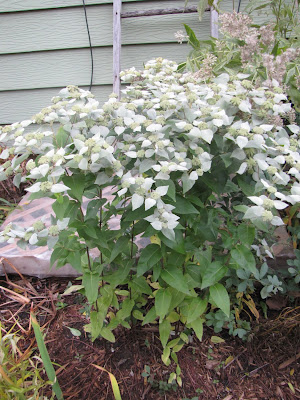 The new plants look more like other mints than the ones on the parent plant. (Look at all those runners!) 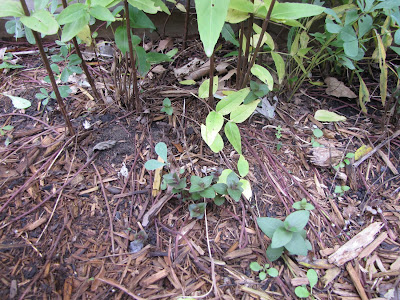 The plants form all along the runners. 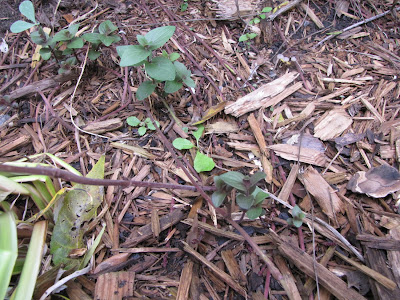 The plant just to the right of a younger one, has gotten big enough to look like the parent plant. To the right of it is a baptisia volunteer. (The lattice is the cover to our egress window well, by the way. We'll be putting pots of lavender and such in there soon.) 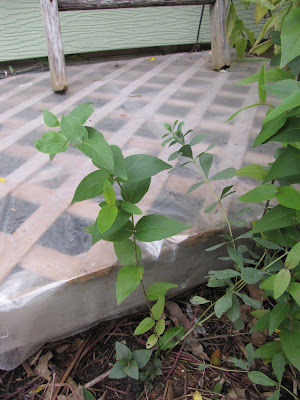 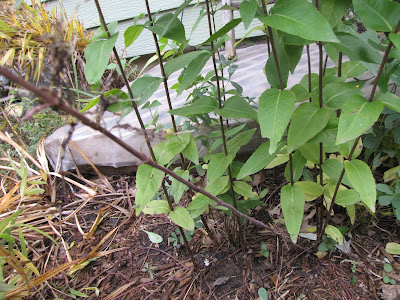 There were some healthy looking roots along parts of it. 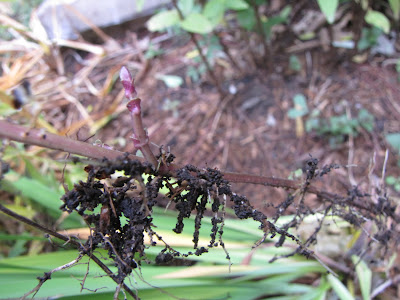 I pulled all of the runners I could see out, but will be checking to see if more are developing. 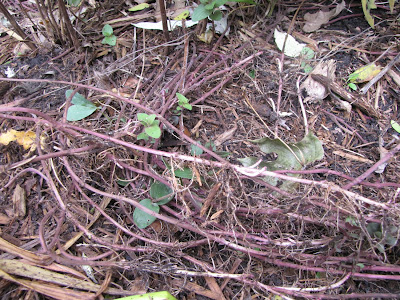 It's still looking pretty innocent, but now, I'm on to it, and will not give it so much freedom. 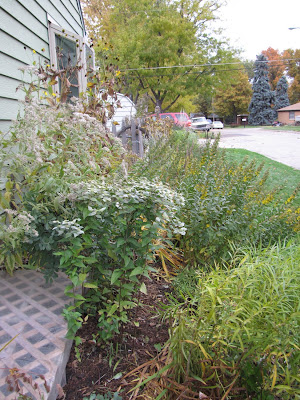 I was relieved to see that the Virginia mountain mint, Pycnanthemum virginianum, is still only spreading from the main clump. 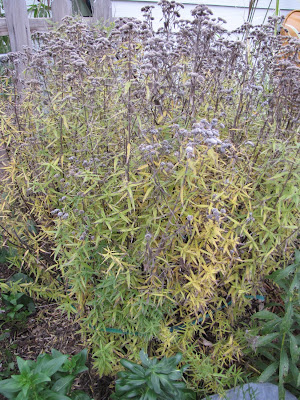 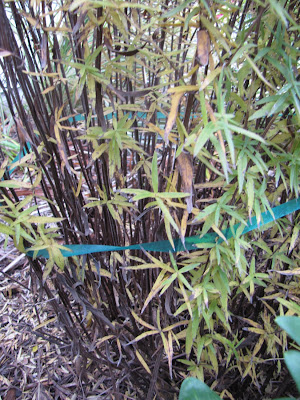 Now, I'm on my way back to Gail's blog to leave a retraction to my previous comment.
Posted by Corner Gardener Sue at Sunday, October 25, 2009