The weather has turned cool, and I've been trying to stay off of my knee and ankle after tripping on Heidi's leash 2 weeks ago, so I haven't been out as much. I haven't been seeing monarch butterflies every day like I had all summer. Maybe they've all headed south by now.
I was surprised to see this eastern black swallowtail when I went out to pick herbs for supper yesterday. When I looked to make sure that's what it was, I read that females have smaller white spots than males, so this one must be a female. When I first went out, it was on the edge of the bed, and I wasn't sure if it was alive, but when I came back out with my camera, it had moved. It let me get pretty close, which surprised me. 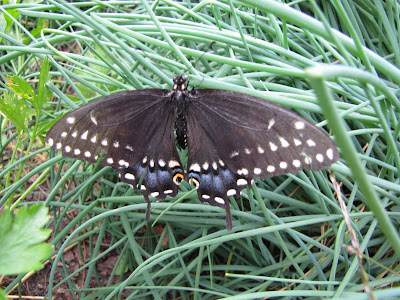 This is the first open cosmos bloom of these plants, and I had to make adjustments in contrast or something in order to see the beetle, which I flicked off after taking the photo. The other insect looks like a skipper. 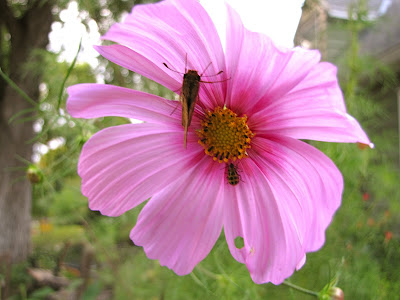 While experimenting with the super macro, I found an insect of some kind in the iris. I'm thinking it may be a beetle. 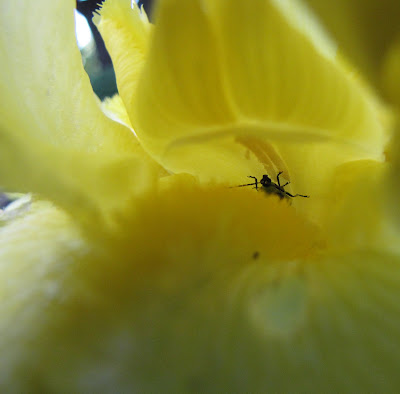 All manner of bees, wasps, and other insects are still enjoying the asters and goldenrods. 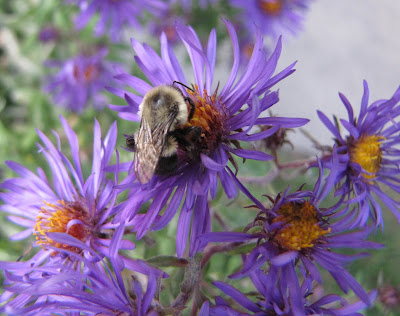 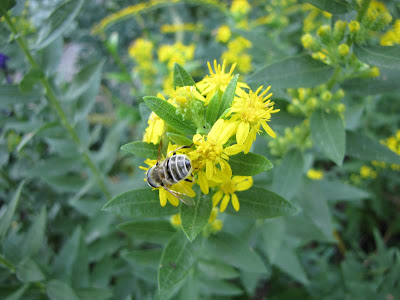 See how they share? A fellow Nebraska blogger, Ben, from The Deep Middle, who was voted second in the state category in blotanical, helped me figure out the insect on the left is a spined soldier bug. Thanks, Ben! I read that it's a beneficial insect. I had so many of them this year, that could explain why I didn't see many caterpillars. I'll just keep planting lots of flowers and more and more host plants, and hope that the predators don't eat them all. 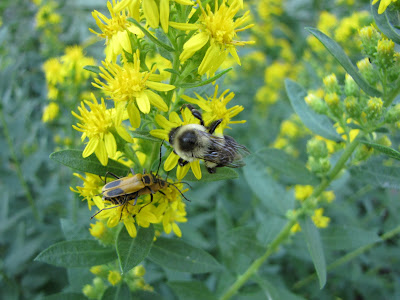 To see more critters, click on the icon in the sidebar. Have a great weekend, and watch out not to trip on dog leashes.
Posted by Corner Gardener Sue at Friday, October 02, 2009