2009 Blotanical Awards, and a bit of Rambling

At first, I was feeling a bit shy about thanking folks for my blotanical award, and waiting to receive some official badge or something. Also, I needed to find the words to my thoughts about this. When I first started blogging, I noticed people had awards on their sidebars. Shortly after that, I found out that people made them up, and tagged others, who then had to write some things about themselves, and then give the award to a number of others. 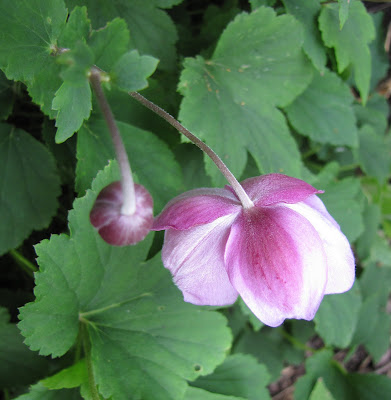 I am the kind of person who is very friendly to everyone and appears to be very extraverted, but it takes me awhile to feel comfortable with people on a deeper level. In fact, years ago, when I took the Myers-Briggs test, I came up with almost even numbers in the extravert and introvert categories. When I started blogging, I didn't know many bloggers yet, and didn't want to have to find other people to give awards to and expect them to do anything. I thought they might think I was too forward or imposing on them. Also, I was afraid no one would give me an award. Actually, early on, a person who made crafts and sold them on her blog, and didn't have a garden blog gave me some kind of tagging award thing that I was kind of embarrassed about. So, I ignored it and decided to put a note on my sidebar saying I don't accept tags or awards by individual bloggers. (Added 10/4/09: I really have nothing against these things, except I just don't feel comfortable participating, especially when I had just started blogging, and hadn't gotten to know the person first. Then, how could I accept one from someone else later without hurting her feelings?)
Now, the reason I added the part about individual bloggers is because I found blotanical shortly after becoming a blogger and saw that they had awards based on different categories, and you didn't have to do anything other than be in blotanical and have a garden blog to receive one. I don't think I knew about the voting process, but now I understand it, and feel pleased that I was one of the blogs involved.
After seeing what some of the other winning blotanists were doing, I realized that the badge I had put up for the blotanical voting, is the award badge. 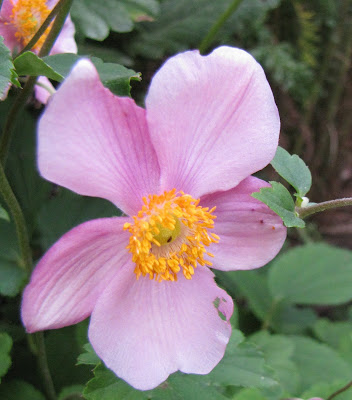 So, I will open up and officially thank those who voted for A Corner Garden, giving it 1st place in "Best Nebraska Blog" (of the 4 from Nebraska), and 3rd place in "Best Urban Gardening Blog." I also want to thank all those who I have become blogging friends and acquaintances with, and those who leave such nice comments on my posts and help me when I ask for information. That is what is what makes me glad to be a "blotonist". I realize that just because I have made enough contacts and become known enough to have received the votes I got, that doesn't necessarily mean the quality of my blog is better than many out there who are either not part of blotanical or not as active in it. Still, I am pleased to have those votes. I have already done a post about blotanical, but I can't end this one without thanking Stuart again for all the time and efforts he puts into making blotanical a fun meeting place for garden bloggers all over the world. Thanks, Stuart!
To see the 2009 awards results, click here. (This link didn't go right to the awards page after all. From there, you have to sign in, then go to the Blog Directory tab on the left side, then the link is provided in the top middle of that page. It looks like you can't go as a visitor if you aren't a member of blotanical. It's easy to join from there if you are interested.)