A Couple Mountain Mints Through the Season

I like to grow a wide variety, including herbs and native plants in my flower beds.  Several years ago, I purchased Virginia mountain mint, Pycnanthemum virginianum, either from the Nebraska Arboretum, or Blue Bird Nursery, in Clarkson Nebraska.  Our zone is 5b.  It is listed zones 3 to 8.  I put it in full sun.  It gets watered when the grass does.  It has spread some each year, but not invasively, as do other mints.  It attracts wasps big time, plus bees and butterflies. I read that deer do not eat it.  I found more good information about it at a site provided by Herb Companion.
I found another mountain mint at a local family owned and run greenhouse this summer.  I'll talk more about it after the pics from the Virgina mountain mint are shown.
This photo was taken 5/28/08.  It is the plant to the right, in the cage.  You can see where I cut back the foliage on the bottom so that it would not flop over the nearby plants.
Look how tall it grew by 6/18/08!  That red shed's walls were replaced this summer, as we were not allowed by the city to replace it with a new one.
I can't remember when it started blooming, but the next photo was taken 7/7/08.  You can see the stems I cut back blooming shorter. 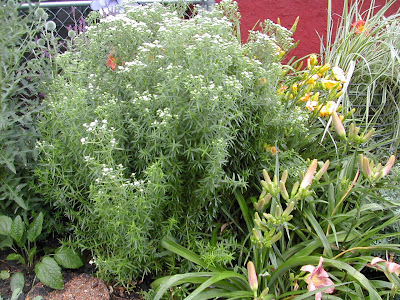 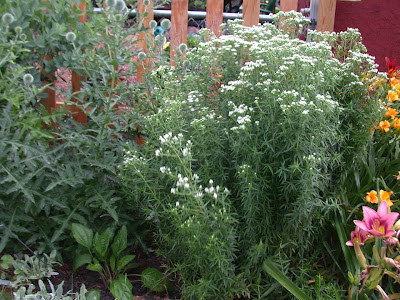 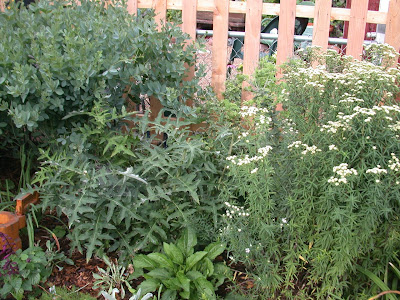 On 9/25, it's almost finished blooming, but the existing blooms are holding on. 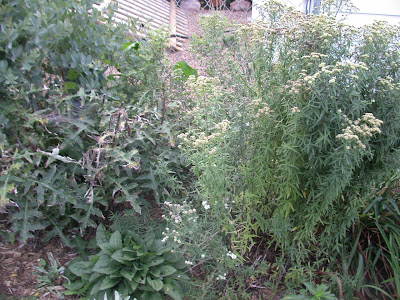 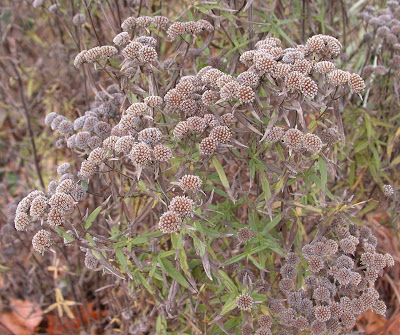 The small plant behind the iris, near the blue pot on the lid to the egress window is Pycnanthemum muticum, short toothed mountain mint, from a local grower.
There had been a dwarf false blue indigo plant there,  but it died after being
blown over by strong wind.  This photo was taken 7/7/08, not too long after it was planted.  This is on the east side of the house, so it does not get afternoon sun.  There is more information on this plant at the National Wildlife Federation site, from a book called, American Beauties Native Plants, which they have for sale. 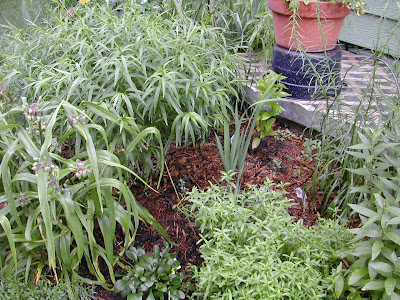 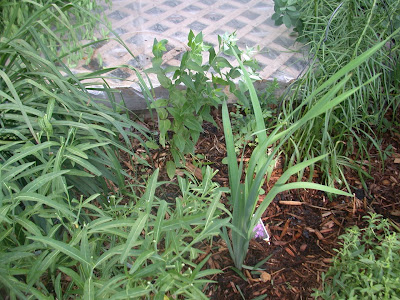 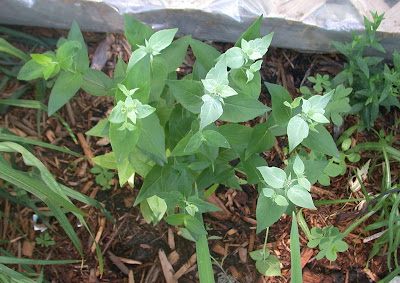 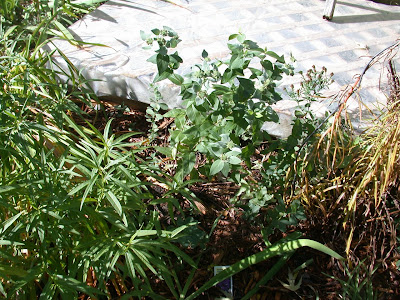 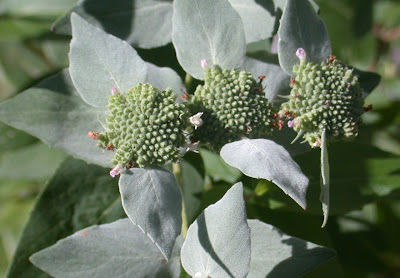 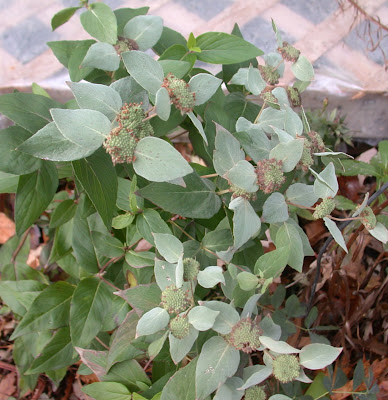 I had most of these photos exported into a file in order to put them into a post a couple weeks ago, so I may go out tomorrow and take a few pics to see  how they look now.  This plant did not get the 4 feet the tag said it should get.  I'm hoping it gets taller next year, otherwise, I'll want to move it in the future, as the amsonia in front of it got taller than it did this year, and I kept cutting it back.
If you have experience with these mints, or have a comment, please leave one.
Posted by Corner Gardener Sue at Monday, December 01, 2008