Robin, Garter Snakes, and a Pigeon

I decided to post some pics from today, and put a link on Camera Critters.  If you click on the photos, they will enlarge.

I had my camera ready when I saw this robin at the bird bath. 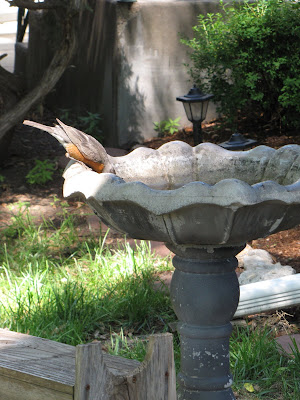 It looked up at me as if to say it wanted fresh water. 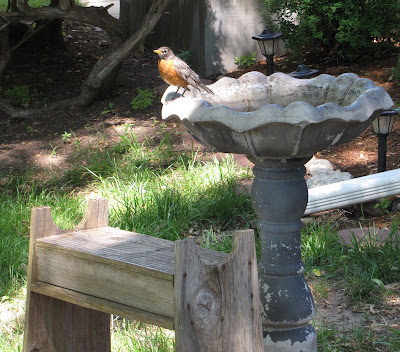 It flew to a feeder a few feet from the bird bath, and I was pleased when I saw the squirrel that lives in our tree hanging out in the neighbor's yard behind where the bird landed. 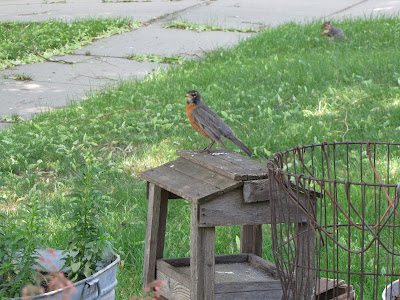 And, as I'm snapping pics, the robin is saying, "I'm waiting for that water!" 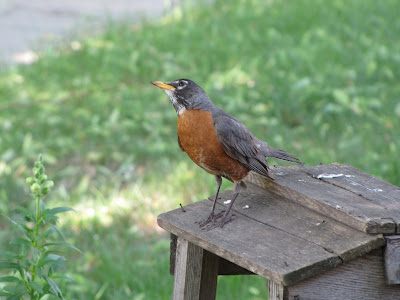 I was already planning on posting for camera critters when I took the robin photos, because Larry and I had come upon a whole bunch of garter snakes in the bush hedge in front of the house.   Can you see this one peeking out?  It was on the west side of the bushes, but most of them went out on the east side.  (I don't think they all came out, though.)  Dang, I forgot to include the photo of the snake on the porch steps. 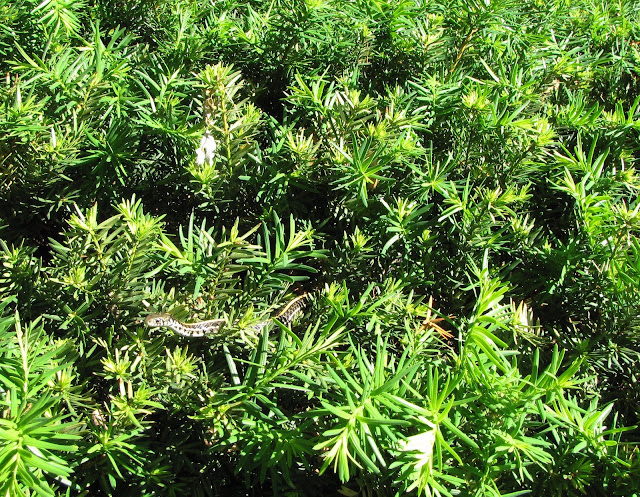 I think we scared them by our presence and talking.  I don't know how many stayed in the bushes, but at least 6 of them came out of the hedge, and we could hear rustling in there. 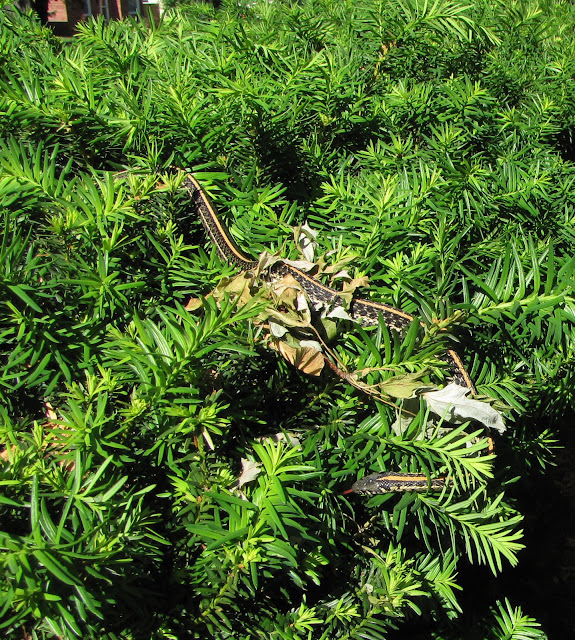 Most came out at the side, but this one was on top.

This photo shows that the snakes headed toward the flower bed, disappearing in the flowers. The water faucet is a couple feet from the corner of the house, and can be seen in the photo.  While I am not afraid, it's a weird feeling reaching into the area to turn the water on and off.  I've been tapping the bushes with a trowel to announce my presence.

Anyone who is afraid of snakes does not need to fear garter snakes.  We were pretty close to them, and none chose to be aggressive in any way toward us.  I just feel bad for staying there taking pictures, breaking up what may have been their mating.  That's what Larry thought they were doing.  I had trouble learning much about them, but found an Omaha World Herald article you can read about garter snakes being the gardener's friend.

Oh, and there is my shadow.  I tried to avoid that, but I needed to hurry, because the snakes were not stopping to pose. 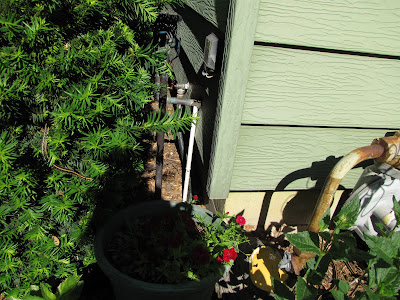 These 2 came out together.

Later in the day, I was surprised to see what I am pretty sure is a pigeon, eating something in the street.  It saw me, but let me take a bunch of pictures of it.  I thought it had pretty colors. 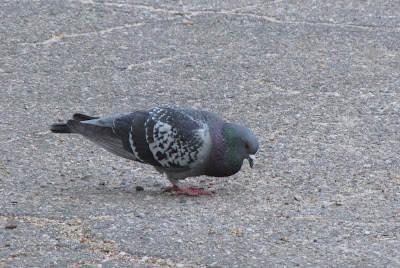 I turned most of my compost this evening, looking to see if any snakes were there, like they have been in the past, but I didn't find any.  Our 30 year old son, who has loved reptiles since he was a child, was disappointed he missed seeing the snakes, and went around the places he usually looks for them, like the window wells and under rocks, but they were not to be seen this evening.  Maybe they were under the deck.

Oh, for the critter lovers, scroll down to see my latest Wordless Wednesday post, or click on the Wildlife in the Corner Garden link in the sidebar.

Click here to see a whole bunch more Camera Critters, or to see how to link up your post.
Posted by Corner Gardener Sue at Saturday, May 30, 2009