I went out this morning before it was fully light out to take some photos of what we've done so far in the front yard.  After pricing retaining wall materials, and the amount of work that would be involved, we I decided to just put the fake bricks we already had across, and get the plants in to keep the soil in place.  I also put 3 wash tubs where the dirt is hard to dig, and roots are exposed.  It looks like Heidi approves. 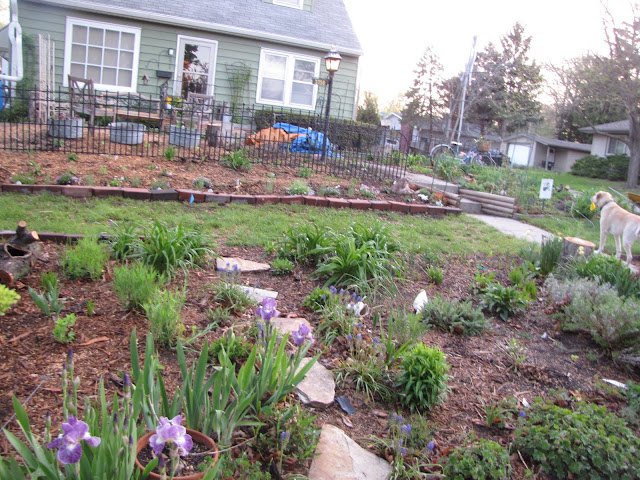 After work yesterday, we bought more fencing like what we have on the east side of the yard.  It's not great quality, but it went up fast, and looks OK. 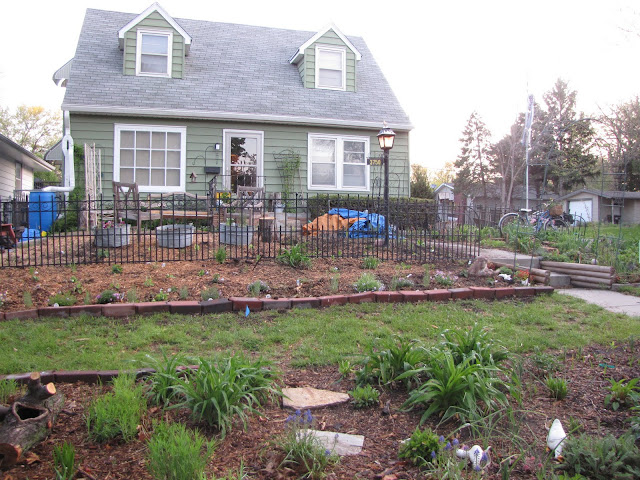 I have an idea for you garden writers out there.  The next time you write a book with flower bed plans, include photos of actual beds right after being planted, and at different times throughout the season.  That would make people like me feel better about spacing the plants so far apart, and comparing that to how the garden in the book looks.  Also, we could see which plants bloom at about the same time. 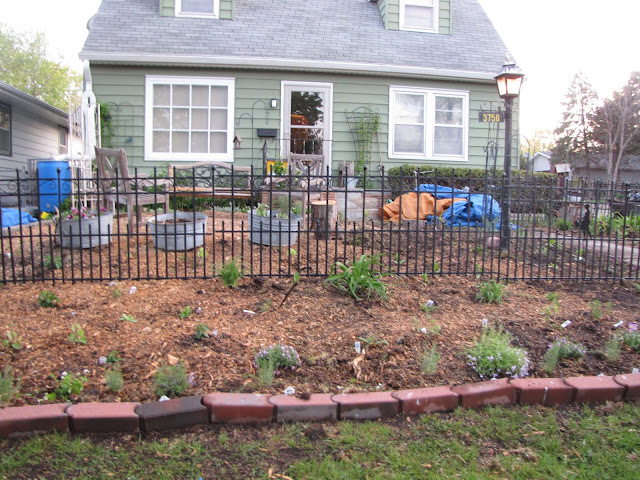 I decided to get a number of creeping phlox plants to hold the soil in.  I also put 3 daylilies, one moved from another part of the yard, and two I purchased.  Because of the issue with the slope, I am planting a few more perennials than I planned to.  I want to plant lots of bulbs here, so that there will be lots of color in the spring. 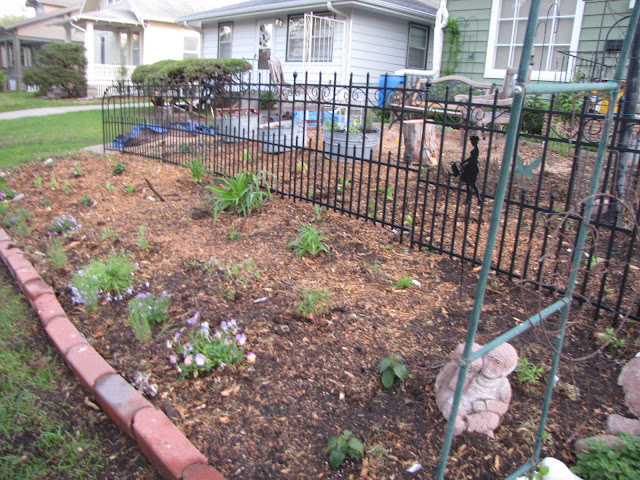 I decided not to make another plan like I did on graph paper before deciding more perennials needed to go in.  I did go by it some, but, like always, put pots here and there, and decided that way.  I was trying to remember how some of the plans looked in the books I've read, to make it a little "dressier" than my other flower beds, but I had trouble visualizing the finished look, and just wanted to get things in.  I figure that I can change things up next year.  I have 4 dahlias planted in the area where the butterfly marker is, and 2 more smaller ones on the other side of the fence. 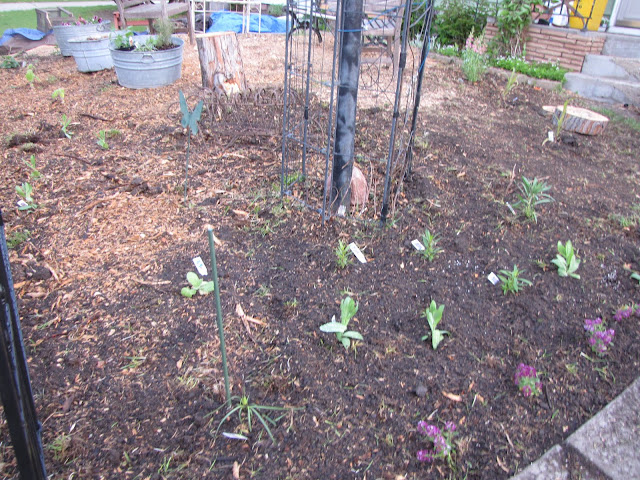 I'm not finished planting yet. I plan to put a cardinal creeper or cypress vine to grow on the chair trellis.  The area on the right of the photo needs to be planted yet.  The 2 branch slices show where the path will be to get into the sitting area.  On either side of those, are millet plants.  Have you ever grown millet?  I haven't, but it is supposed to get quite tall, and produce seeds for the birds.  The 3 Mexican sunflower seedlings that I started inside are to the left of the wash tubs.  They should get 6 feet tall or more, and provide some privacy to the sitting area, as well as bring monarchs to it. 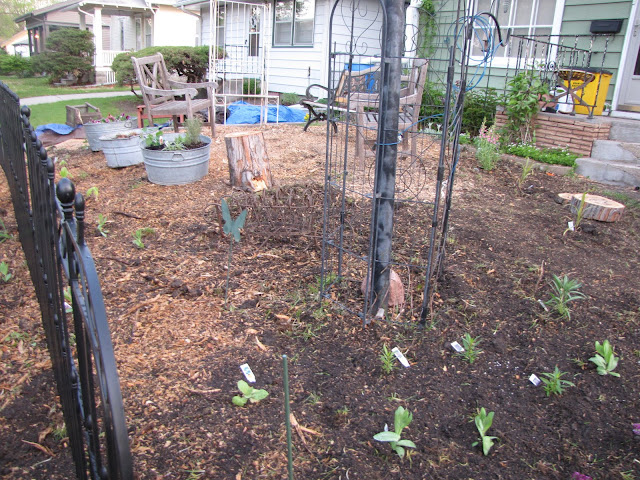 Here's the view from the front porch.  It doesn't look like much now, but it looks better to me than it did.  We've been told the area where the tree was will sink as the grindings from the tree stump break down.  In time, I'd like to put a brick patio in this area, with spaces for more plants.  We will decide later if we want a small tree or some shrubs, but right now, I put in flowers I like to dry, flowers the butterflies and other beneficial insects like, and some I just like to look at or smell.  (Those are penstemons blooming by the porch.) 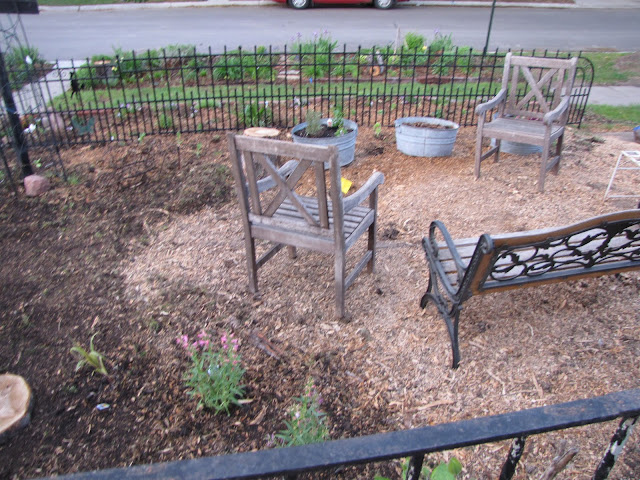 I have noticed some of you are advancing into summer weather, and others, are beginning to enjoy the early spring blooms.  Wherever you are, I hope you have lots of good gardening weather.  I've been praying for those who have had the tornadoes and such.
Posted by Corner Gardener Sue at Friday, May 06, 2011