Oh, Oh, Do We Need a Retaining Wall?

We got our yard tilled, and afterward, the man who did it said we should drive a car over the dirt to pack it down or else put in a foot high retaining wall.  He said when it rains, the loamy soil will wash away.  We thought we could get by with putting the little fake bricks around like we have in our other flower beds.  What do you know about such things?  Larry said the easiest thing to do would be to get railroad ties.  Are those considered safe for gardens these days?  What would you put there?  It needs to be something we can do.  We don't have great skills, like Randy, who is building a bottle wall does. 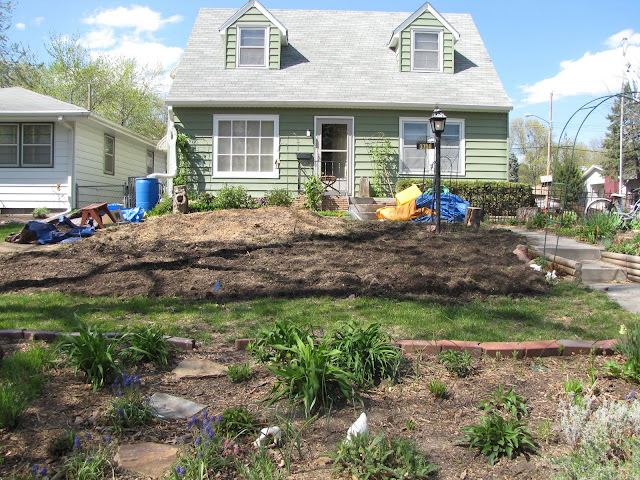 The plan is to have a sitting area where the tree used to be, and plant flowers all around it to create a somewhat private little area.  The tarps have more mulch and dirt in them. 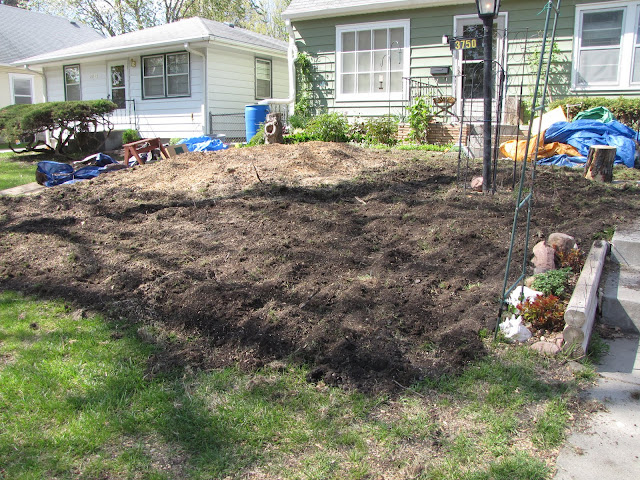 You can see the slope from the east side.  Larry and I got our little Mantis tiller out yesterday, and tilled shallowly in most of the area to get the grass out and keep the cost of the tilling down.  I wish we would have done it all over.  He did not get as deep where the grass was. 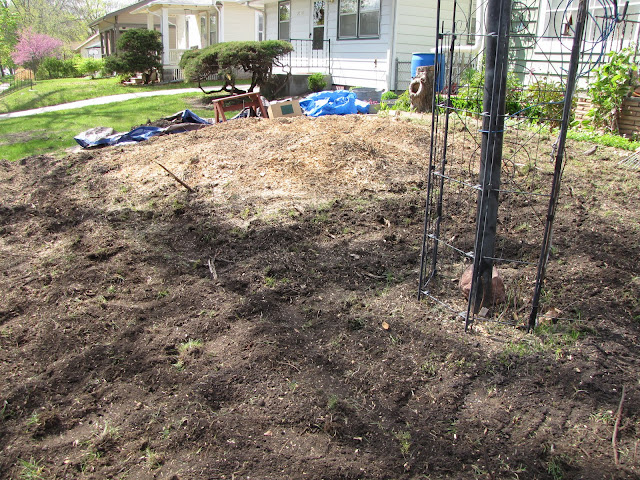 There is a lot of dirt in the stump grindings from the raised bed Larry's dad had put around the tree.  We want to make the area more level.  We planned to shovel it into the lower area after the tilling was done, but the guy said we should not do that, but should have it hauled out.  I'm thinking if we do the retaining wall, it would be OK to go ahead and shovel it into the lower area. 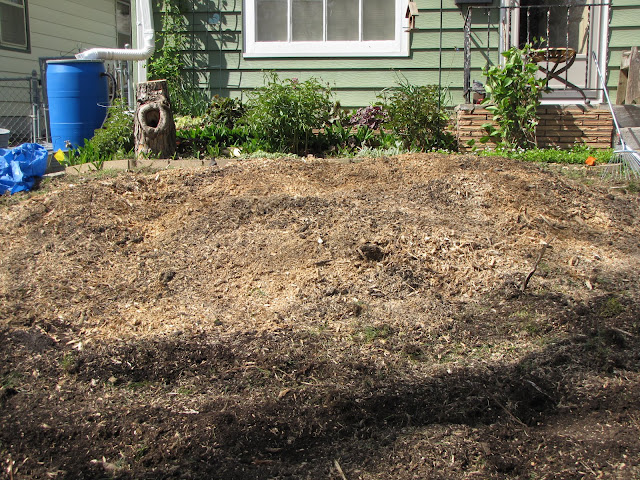 The robins have been enjoying the fruits of our labor.  Hey, I saw my first monarch of the season yesterday!  It was on a baptisia that's in bud.  I saw one today, too.  I don't know if it was the same one, but I either saw it twice, or else saw another one.  I wasn't able to get my camera yesterday, but today, I went for it, but the butterfly was not in sight when I went back out. 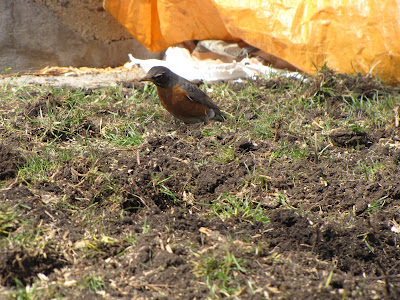 Spring is in full swing here!  I have enough lettuce to eat every day now.  I hope things are well with you.  I would appreciate your ideas and knowledge about retaining walls.  Here, I was hoping to start planting today.  I'm putting "trees" as one of my labels, since it's a continuation of the events of losing the tree.

Added later in the evenng:

Thanks for the suggestions.  Larry decided we should go ahead and spread the dirt and mulch around the whole area, even though the tiller guy said not to.  I am thinking I'll need to be sure to fertilize, because I'm thinking fresh wood chips like this take nitrogen from the soil.  I have a full bag of Coop Poop that I'm sure I'll use all of.  Larry also wants to check into untreated railroad ties.  I was thinking about just using the kind of supports like we have next to the steps.  Whatever we do, I hope to do it soon.  I took more photos after we finished for the evening.  There is still lots to do, and I am really wanting to  get the area planted so it won't be so ugly in the front yard. 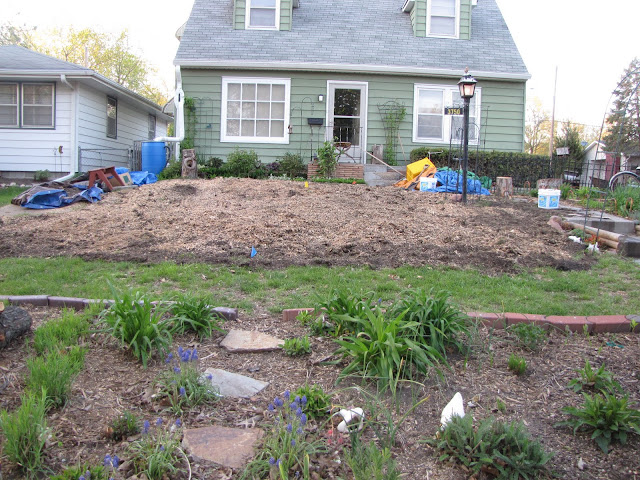 I compared these to the first set of photos, and can't see a whole lot of difference, except for the mulch being over all of it.  There was dirt in there, too, and it is a bit more level. 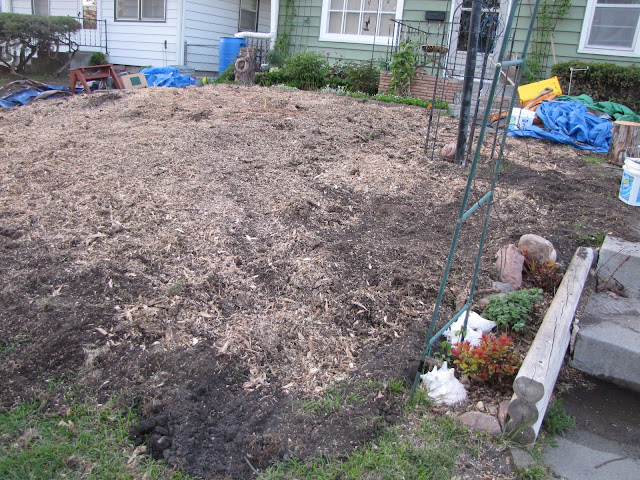 I took this photo from the porch.  The yellow flag is where the sprinkler head was before they broke it grinding the stump.  There are still lots of big roots that are going to make it difficult to level the area out.  For now, we are just going to put some circles from the tree branches on the mulch for the sitting area. 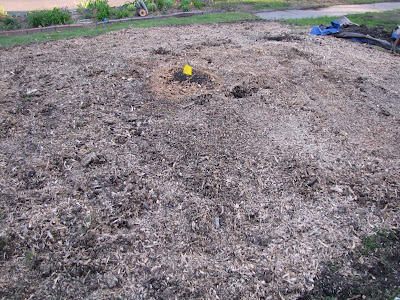 I'm thinking we can cap off the broken sprinkler head, because we won't need to water anything there.