I missed taking photos of more dirt being dug out because I didn't get back from more plant shopping and getting my hair cut in time. 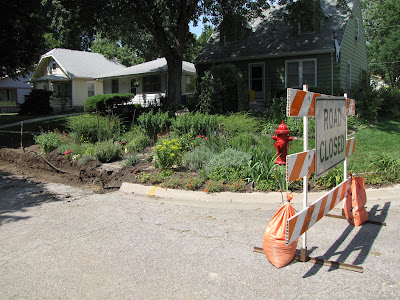 They did a good job avoiding damaging the sprinkler system. 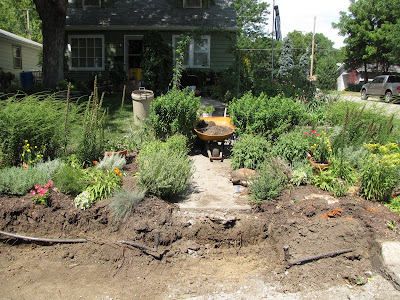 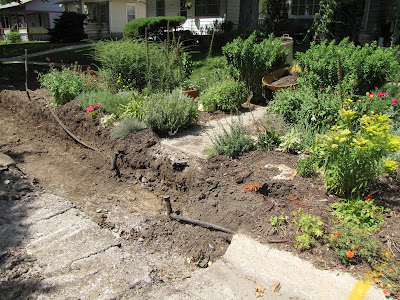 I took lots of photos after I got back, though! These guys were fast workers, and I am pleased with all they've done so far. 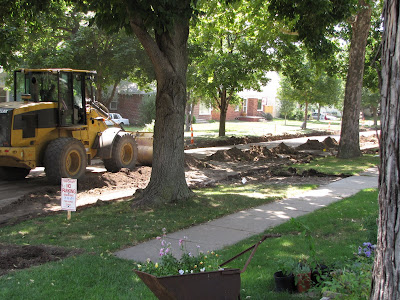 This guy kept pushing the dirt, and picking it up to dump on the big pile, which they will later use to put back next to the new curbs, probably Monday. They told me they'd put a pile in front of our house Friday, if I wanted to go ahead and fill it in so I could plant. Larry doesn't think I can pack it down enough. The curbs are going in tomorrow, so I'll look and see if I think I can handle it. They will be working on driveways Friday. 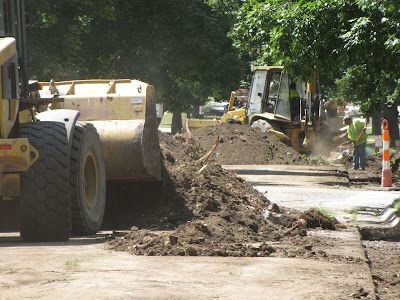 They put ropes up on either side, to mark where the cement goes, I assume, or to keep the curb straight. 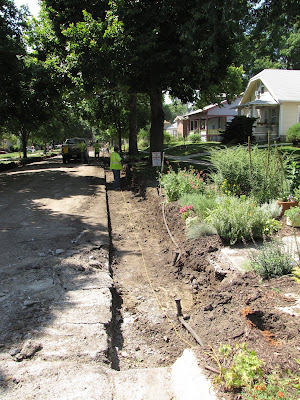 It looks like these 2 were taken before the rope went across. I feel I am handling the disfiguring of the yard pretty well. I guess getting more area to plant helps. ;o) 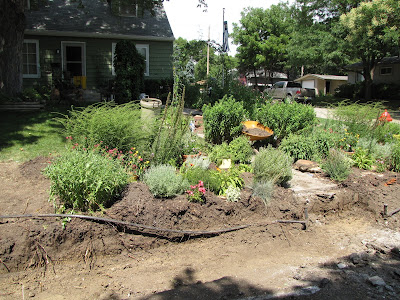 I went back and forth a number of times filling a 5 gallon bucket with compost to dump on the back edge of the new area, leaving it off where a path is going to be. After dumping it, I took grass out of the garbage can I'd put it in yesterday, and dumped it on the current compost pile. It doesn't look like much here. I'll have to get some more tomorrow. That will help me fight the temptation to go ahead and start planting. I did move a jupiter's beard that was very close to the line. It's in the far left of the photo. I had already cut it back some, but did some more. It still wilted some, but it looks like it will be OK. Everything will be OK. 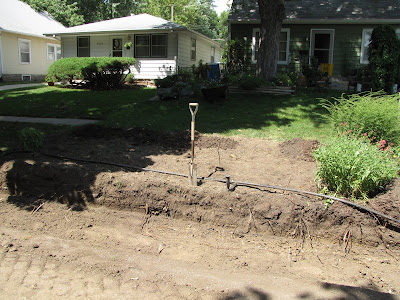