I got my "gamble garden" in today.  I like to plant a few things in late February or early March, partly to feel good that I've started gardening for the season, but also in case it snows a lot and the ground stays too wet to plant for awhile. The plants won't come up until the soil is warm enough, and I'll most likely need to cover them with my green cloth once they are up, and the temps are below freezing. (I'm still hoping to get a cold frame or figure out a hoop house type of thing.) There is a chance they could get killed by the weather, but I've rarely had that happen. I lose more late summer planted crops due to the heat, and not enough moisture.
These seeds are from 2008. I purchased some on sale at the end of the season, and others were already opened and not full. The spinach is Hybrid Olympia. The name of the radish was torn off last year, but it may be a Cherry Bell. (The writing on the packets was legible in iphoto, but not here. After the spinach is mesclun, Gourmet Greens Mixture, Lolla Rosa lettuce, Nero Toscana kale, and the last lettuce is Black Seeded Simpson.) 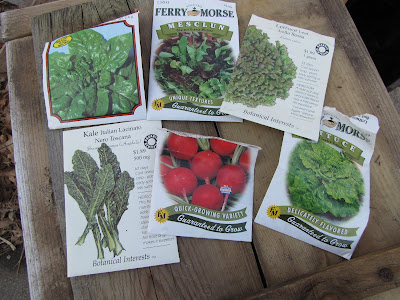 Here's the area before I started working. The soil was loose enough that I didn't have to turn it over. I applied compost in the fall, and it's in a sunnier spot than most of the garden, so it was ready to go. 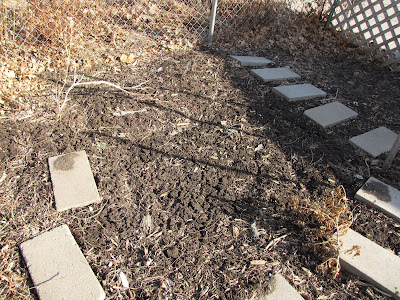 I have tried different types of rows, and broadcasting, but this year, I saw something similar to this "circle" in a magazine, and decided to try it. I have radishes in some of the rows, and they will come out earlier than the other plants, making more room for them, and for me to pick the greens.
I used to measure planting depth and space between rows in order to follow the directions on the seed packets, but now I eyeball it, and figure I'll thin enough to give everything room to grow. 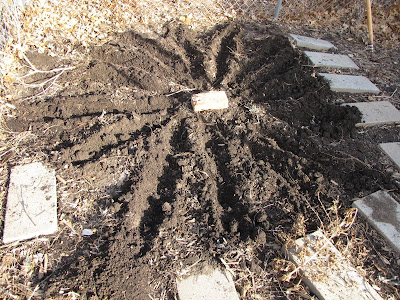 Since the seeds are from last year, I planted them closer together than what the package says, as the germination rate may be lower. Plus, I like to eat the thinnings. 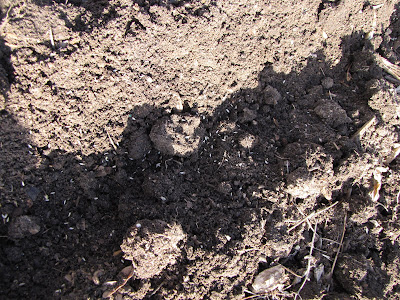 I am a pretty laid back gardener. I don't aim for perfection. It's OK if some of the seeds don't stay in their rows as I put the dirt over the seeds. 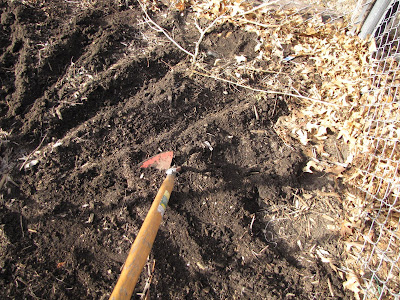 I have used other things, such as boards, but these days, since I am already using my hoe when I plant, I just use it to tamp down the soil to get a connection between the soil and the seeds. If it was later in the season, I would water the seeds in, but I don't this time of year. I decided to loosen the soil in the next section, in hopes that the neighborhood cats and squirrels will dig there instead of the newly planted area. I have had to replant due to critters. We'll see. They'll probably just have fun in both sections. I am persistent enough to get a crop, though. 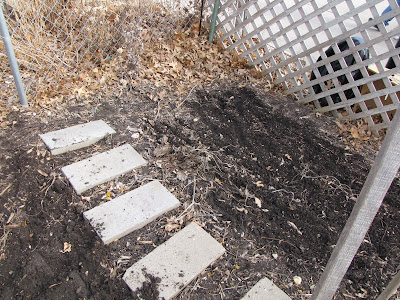 Please bear with me if this was way too detailed. I am realizing there are some beginning gardeners who can benefit from seeing how an old gardener does things, even if they are a bit unconventional. I just hope no one follows my way of doing it, with bad results.
Posted by Corner Gardener Sue at Monday, February 23, 2009