Yesterday, after looking at lots of GBBD posts, I looked up into my garden window, and noticed my Arp rosemary was full of blooms. I took some photos to add a second bloom day post, but they didn't turn out well because there wasn't enough light.
I'm such a proud mama, because this plant survived winter in the window last year, and I noticed blooms January 1, and posted about that then. 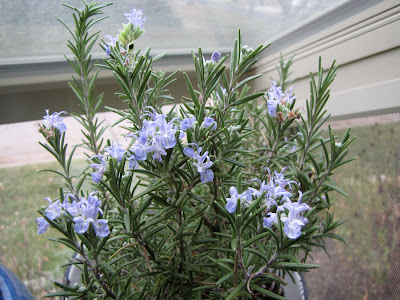 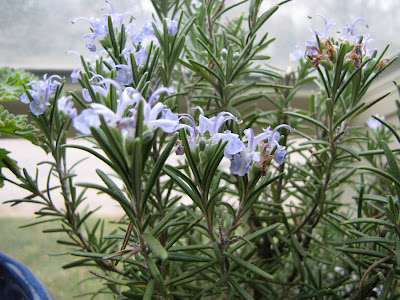 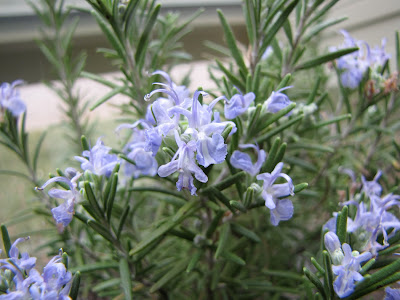 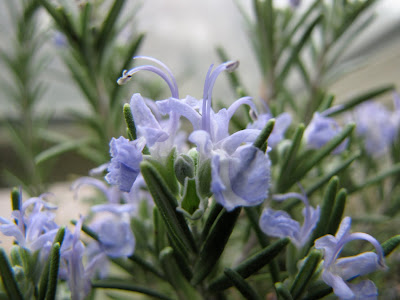 Aren't they so pretty?
I have several kinds of angel wing begonias. This one was purchased this summer, and I can't find the tag to see what kind it is. It had lots of blooms this summer outside in the shade. It seems to like where it is on the shelf next to the garden window, and has a few more blooms to open before it is finished until next time. I forgot about it when I was taking photos for bloom day. (The picture of nasturtiums on the wall is one of my favorites.) 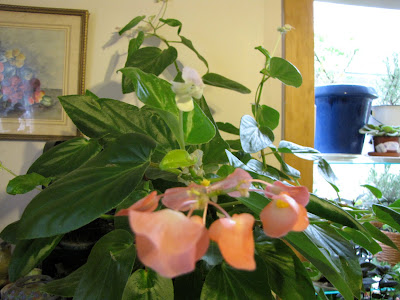 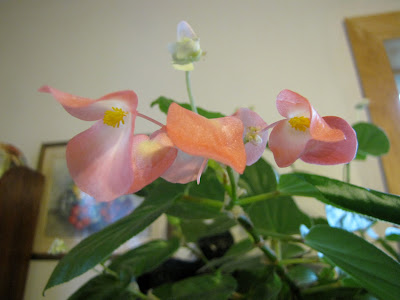 'Naomi' is called holiday, Thanksgiving, and Christmas cactus, depending on where you look it up. I got it on sale after Christmas last year, and it was still blooming. I actually had it in the garden window all summer and fall, when I looked online to see what I should be doing to get it to bloom. I found it was supposed to be in a cool place that does not have light at night. Well, that was a good place for it, because when I looked closer, saw that it was full of buds! Since you were supposed to put it in a warmer place after the buds set, I put it on the dog kennel next to an east window. I wasn't sure if it was going to be enough light there, but it seems to like it there.
I took the photos for bloom day on the 13, and by today, more had opened up, so I thought I'd take more to show it off. 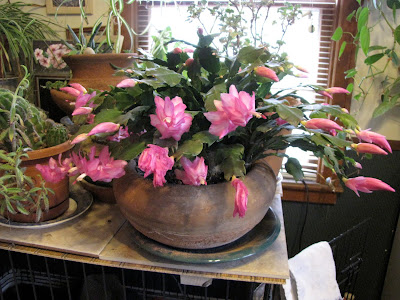 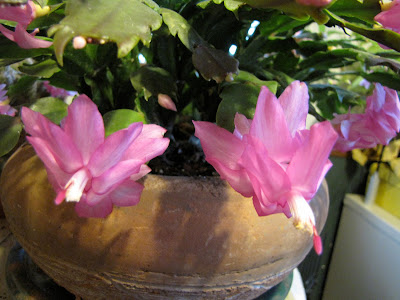 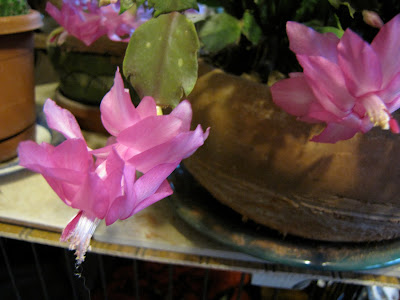 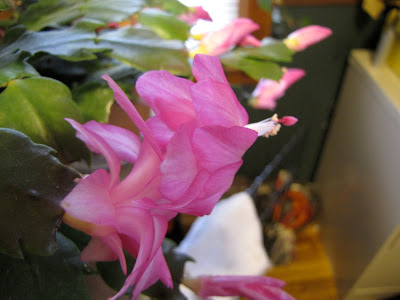 Parts of Nebraska are getting snow today, and there is a chance it will come our way. Let it come. I am resigned to the season, but am looking forward to late December, when the days start getting longer again.
Posted by Corner Gardener Sue at Monday, November 16, 2009