Finally Found Some Hellebores, Had to Pick One Due to Price

I've called a few places looking for hellebores, but haven't found any.  A locally owned garden center opened today.  I called before going to see if they had any, but when I got there, they were not officially put out for sale yet.  The woman I talked to on the phone took me to a greenhouse that is not open to the public- oops, I wasn't supposed to tell anyone.  There were several kinds, and I liked them all.  The lady was so patient with me as I was trying to pick one, after finding out they were $19.50, so couldn't afford more.  First, I was trying to pick my favorite flower, then, since it was going to cost so much, I picked one that had more plants in it, and had great looking foliage as well as flowers.
Isn't it pretty? 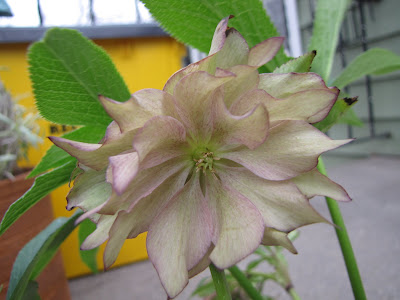 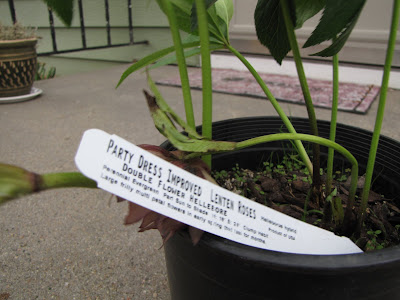 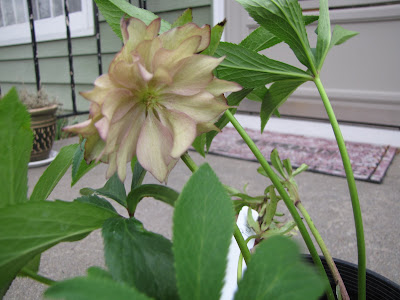 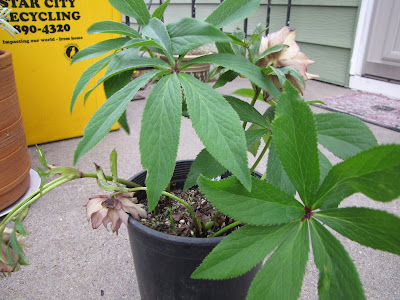 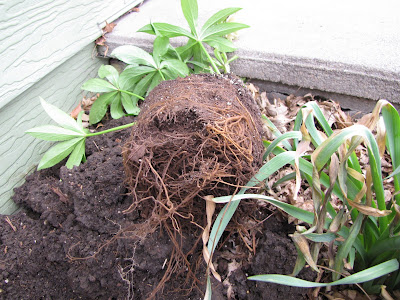 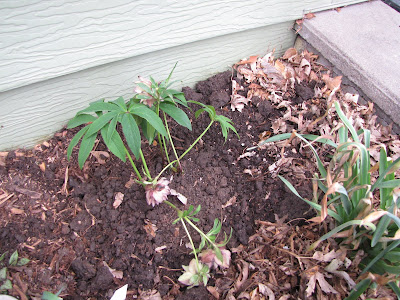 Our grandson has access to the area I was originally hoping to plant some hellebores, but after finding out they are poisonous, I found a different place, where there is room for only 2 or 3.  I was a bit concerned about planting this here on the south side of the house, because the tree that shades the area is not leafed out yet.  I found a great site, hellebores.org, where I found that while hellebores can grow in the shade, they also like some sun.
I will try to get some single flowered ones during a plant sale the end of April, but I imagine they won't bloom any more this season.  I hope this one puts out a few more blooms  this year.
What a glorious spring this is turning out to be!
Posted by Corner Gardener Sue at Monday, March 23, 2009