A Mystery Solved (I'm Pretty Sure)

Awhile back, I put a photo of a mystery strawberry like plant at the end of a post with lots of other photos, asking folks if they knew what it was.  Now that it has more berries and a bloom at the same time, I did more research and have decided these must be Indian Strawberries, which also go by a number of other names.  Different sites had some contradictory information about whether they are edible.  Most said they are tasteless.  That's actually why I didn't think these were those before, because I tasted one, and they do to have some flavor.  They aren't bad.  Here's a link to one of the sites I thought helpful.

I had thought these were runners from the strawberry plants like the larger one in this photo that a friend of mine gave me a couple years ago.  You can see the smaller ones in the upper part of the photo. 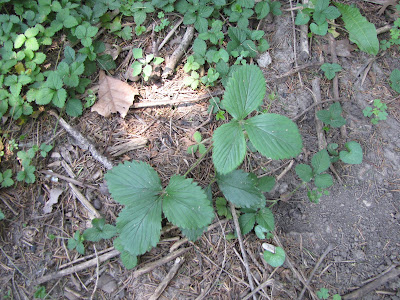 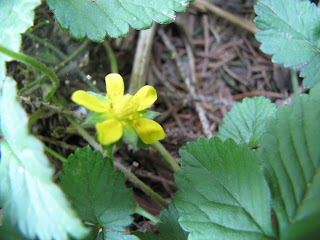 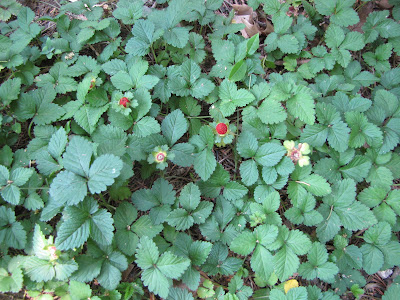 These photos did not turn out very well focussed.  The close up was worse. 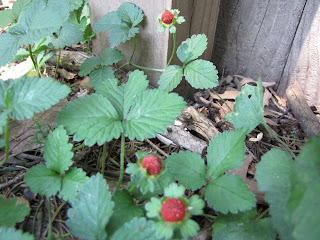 So, now I have to decide if I'm going to let these grow.  If they would have said they are native, I would for sure.  I think I will so far, though, because they are doing well in the area behind the trees, where it's hard to get other things to grow.  I'll have to be sure to keep them from spreading farther than I want them to.  I sure would like to know how they got there!

Do you have any experience with these?

Labels: Garden at the Neighbor's Yard