I haven't been online as much since going back to work as a high school special education paraeducator.  Since I'm still eating soft or liquid food to prevent/reduce jaw pain, it takes longer to get my lunches ready.  Plus, I have been having trouble staying awake on the computer in the evenings.  I am struggling right now, in fact.

I have been going around taking photos for posts that I haven't gotten to.  I remembered today is Wildflower Wednesday, hosted by Gail, of Clay and Limestone, so I went out this evening to take some photos.  Before I post them, I want to tell a little story.

A couple years ago, I noticed a young man sitting on the curb.  This was before the flowers went clear across the yard.  I went out to see if he was OK.  He stood up right away, and in broken English, apologized, pointed to his wife, who was taking photos of my flowers, and said they would leave.  I told him it's OK for her to take photos.  They stayed a little while, then left.

This evening, while I was taking photos for this post, a woman was walking down the street, and stopped to tell me she likes my flowers.  I asked her if she is the woman who took photos, and she said she was.  I asked her if she understands much English, and she said just a little.  I asked where she was from, thinking it might be South Korea, but she said she is from Vietnam.  She told me where she lives, which is 2 blocks away.  I asked her if her house is one of those with the flowers, and she said it was, and that she loves flowers.  She went around asking me what some of my flowers are, and whether they come back each year.  I wrote whether they were perennials, annuals, or annuals that reseed.  I also put marks by the ones I could share with her in the spring.  By the time we finished, there wasn't enough light left to find more wildflowers to photograph.  Some are about finished blooming anyway, and others are not blooming yet.

The rough goldenrod is just starting to open its buds. 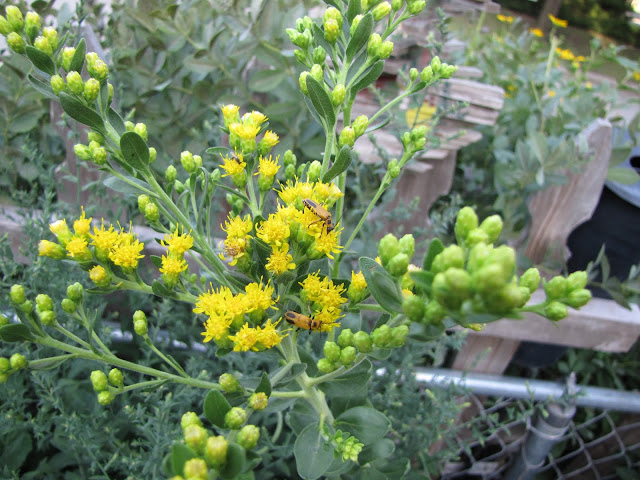 The false sunflowers have had a major deadheading, and are blooming again. 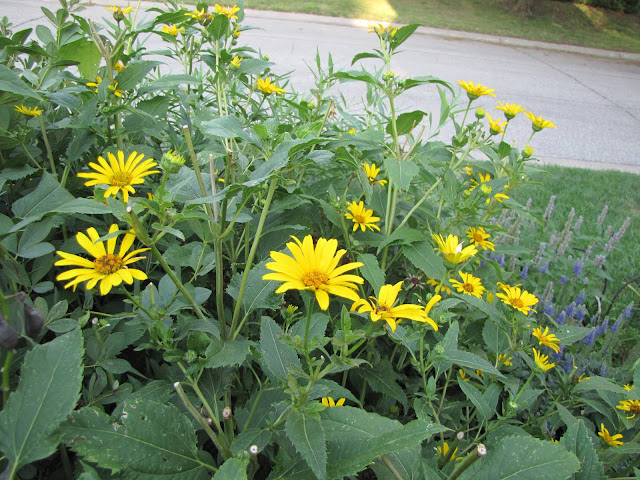 I'm not sure if variegated false sunflowers are wildflowers.  Gail, was it you who wanted some seeds from this? 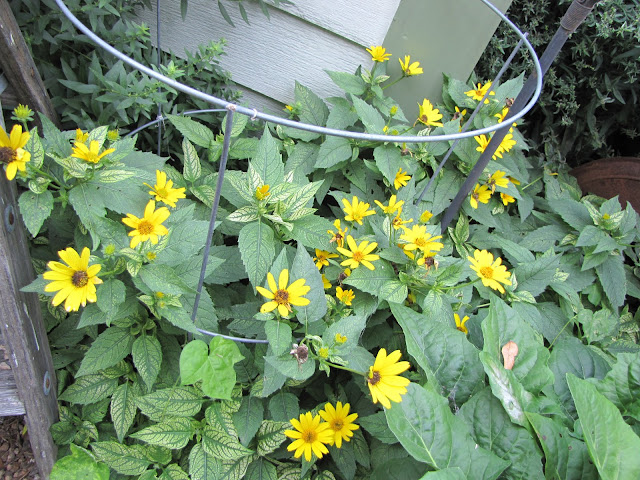 The boltonias are just starting to open a few buds. 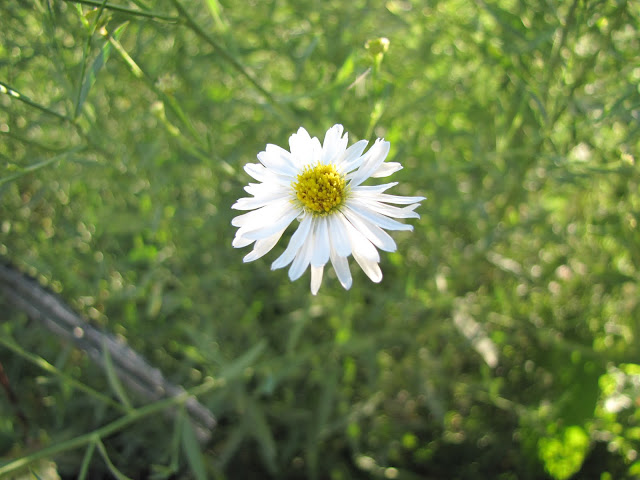 Rattlesnake master looks good all season.  I also wanted to show off the love lies bleeding that is doing so well, even though I don't think it's a wildflower.  There are also a couple dried up drumstick alliums in the mix. 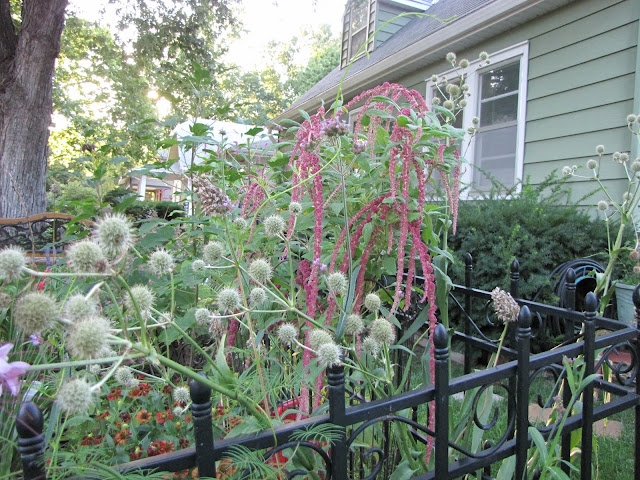 The ironweed is a bit floppy, but the insects and I are enjoying it. 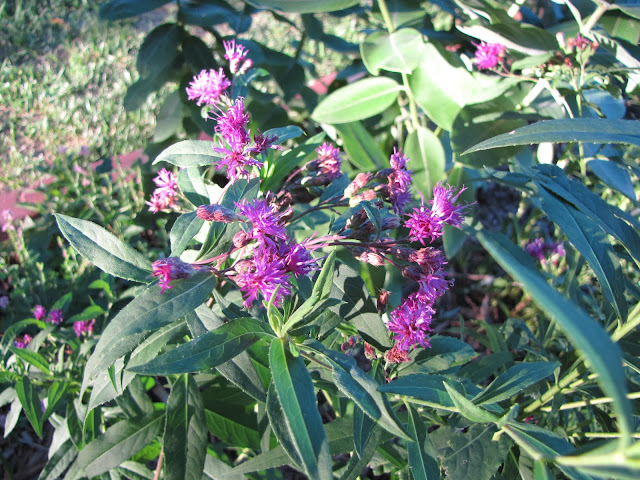 Last I looked, there were 12 entries to Wildflower Wednesday.  That was after work today, so there are probably more by now.  Go check it out.
Posted by Corner Gardener Sue at Wednesday, August 25, 2010