Not Such Good News about the Tree

I thought the landscape company was going to call me today to set up the time to come inspect the silver maple in the front yard.  It's a good thing I was home this afternoon, because a crew showed up ready to work.  They were nice guys, and used the sidewalk and path in the curb bed.  Plus, they said I could take pictures.  One of the young men asked me if I do my own landscaping.  First, I said, "yes", but then I said I don't really landscape, but have hodge podge flower beds.  I can't remember how he replied, but it was something polite. 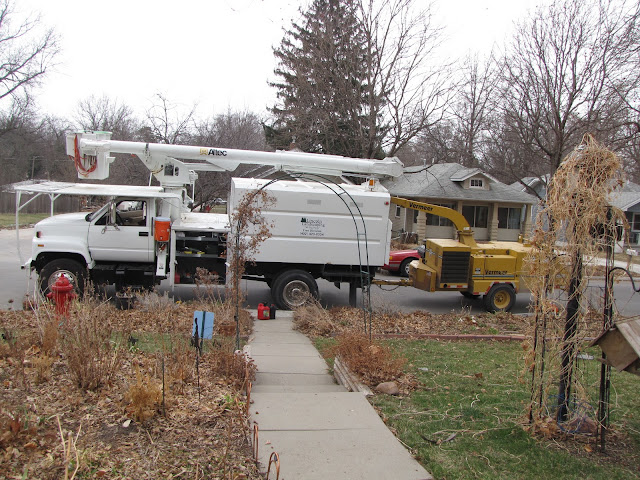 At first glance, the foreman said he thought the tree looked good.  I called Larry to let him know, but too soon.  When he checked the holes I showed in the last post, he was able to put a stick in there about a foot.   He said there was some rotting, but they could put foam in there to keep the water from getting in there and causing more rotting. 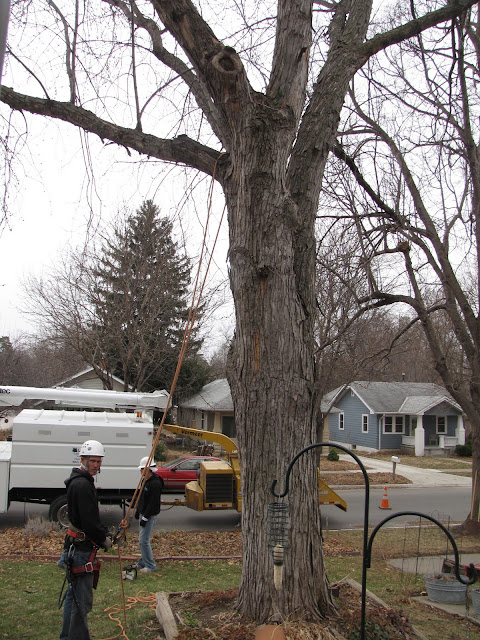 When he got up high, he found more holes in the branches. 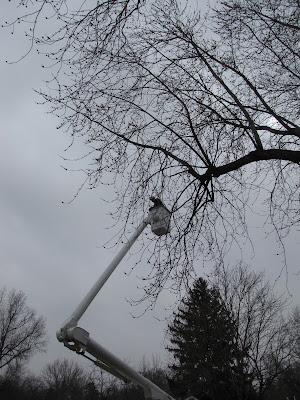 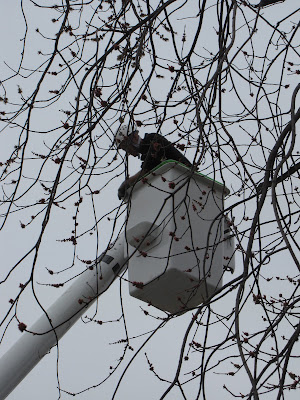 After he came down, he went back up the tree to check on a few other holes.  I can't remember how long the tool was he was poking into the tree here, but I think it was deeper than he wanted it to be.  (The one on the upper left branch is the one he is checking in the photo after this one.) 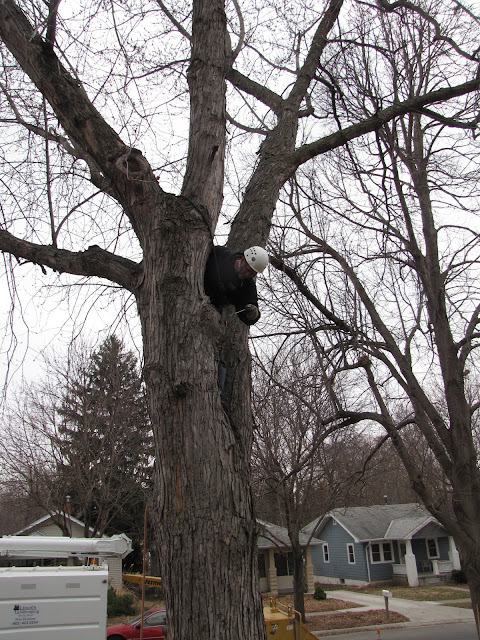 I love the look on his face as he discovered that a baby squirrel was in this cavity.  This is the one that will probably cause the tree to need to come down.  I forgot how deep it was, but I'm thinking it was more than half the diameter of the branch.  He said they would rescue the squirrel before doing work on the tree. 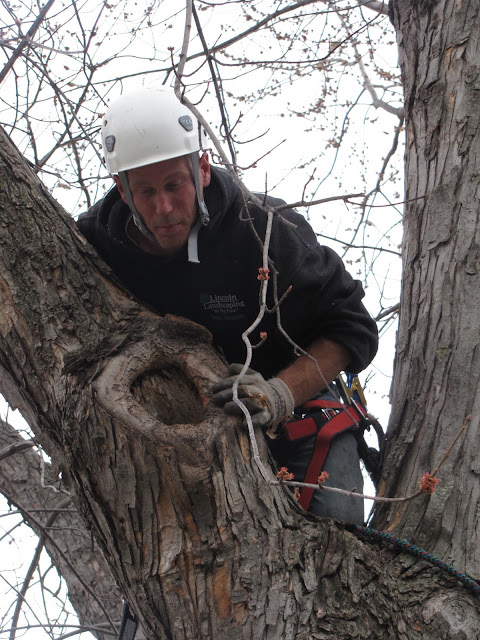 It's hard to see the hole in the next photo, but the branch that makes the left side of the "V", and ends up in the upper left of the photo is the one the foreman said is unsafe.  He didn't want to make the call on whether the tree needs to come down, so his boss, the arborist plans to come over tomorrow to discuss the findings. 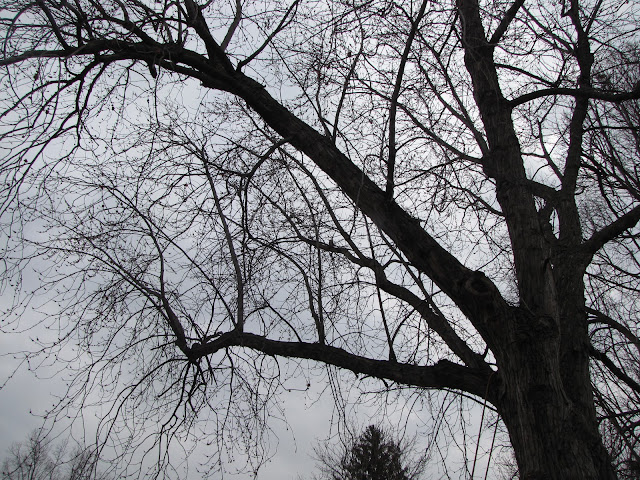 I've been told we should get another opinion and another estimate, and we were planning to, but Larry and I are feeling like we can trust this company, even if it turns out they are more expensive than others.  The peace of mind in knowing they will do a good job, and be careful of my plants is worth something.  Plus, we are wanting to get it done before the leaves come out.

I was going to wait until after I talk to the arborist before posting this, but wanted to go ahead in case anyone had any further advice.  What would you do if you were in this situation?  I do want to look up what size of holes cause a tree to be unsafe or unhealthy.

It took a long time for the temps to get over the upper 40s today, and I'm not sure if we got up to the 72 we were supposed to get to, but it did get warm enough to do a little clean up in the front yard bed.  Tomorrow looks to be the warmest day of the week, so I hope to go out and get lots done.  I hope your spring is going well so far.