I Got to Garden Today, and Tree Update

I got lots done today, but had to come inside to take breaks to get out of the strong wind.  I got most of the dead growth off of plants, and got two kinds of onion plants, and more veggie seeds planted.  I finished the garden clean up across the street, and got some things planted over there.  I found a milkweed seedhead and planted the seeds from it in an area that will not be in the rabbit fencing I'm hoping to get in over there.  Some of the seeds blew off in the wind.  It was a cool sight.  I also planted a couple rows of fennel seeds that had still been on a plant.

I did not take pictures, but then, at the end of the day, when I went out front to get my jacket off of the porch, the first daffodil bloom of the season caught my eye.  I grabbed my camera, and went out in my stocking feet and took photos, then ventured into the grass so I could take photos of a few other plants that had caught my eye earlier today. 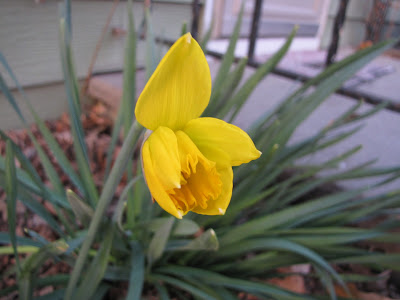 Soon, there will be more blooms. 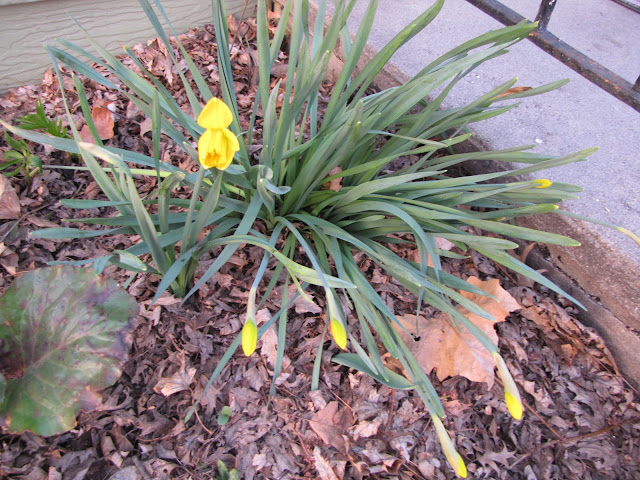 The crocus by the house are still blooming. 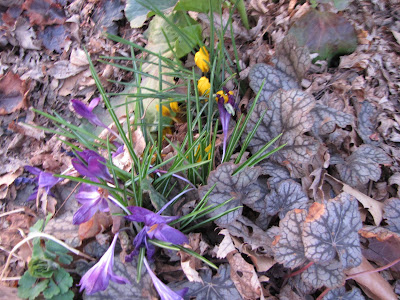 A few other crocuses are blooming as well.  This one popped out today.  It had closed by early evening, but will be back open tomorrow. 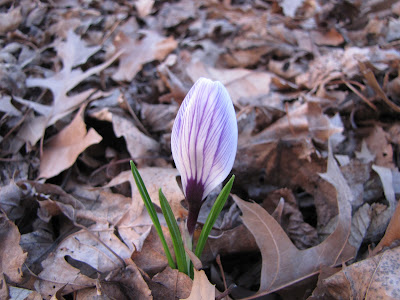 I showed the buds of these chiondoxas yesterday, but couldn't think of their name at the time.  I was pleased to see them opened today.   Maybe seeing them open is what helped me remember the name. 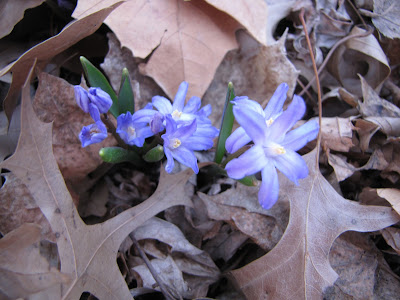 This is what happens when you forget that the reason you had a pot in a spot was to cover the blank spot left when the bulb was finished blooming.  I moved several pots today, so I think I got all the bulbs uncovered.  There are still some covered by leaves, though.  I'm not finished getting those off. 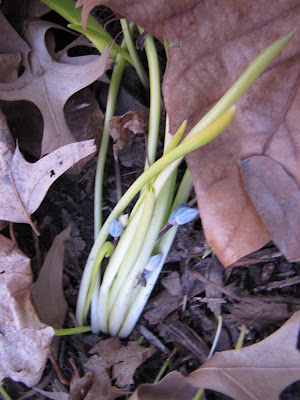 A number of years ago, in a different yard, I grew some old fashion type verbena.  For some reason, it died.  I wanted to find some to grow here, but only found the 'Homestead' kind.  I've never had it live over a winter, though.  Last spring, I noticed some on a hill at church, and the gal who planted it there said she got it from along a road next to her acreage.  She got some for me, and when I raked some of the leaves out of the big bed in front today, was pleased to see it survived very well and looks to be spreading. 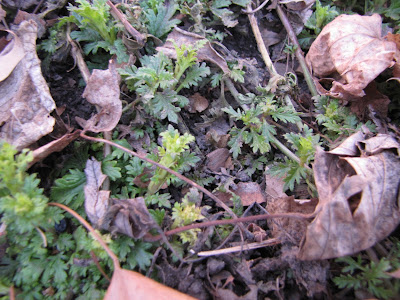 I got most of last year's dead plant material off of the plants yesterday and today.  The pasque flower has grown quite a bit since I first saw it poking out a few days ago.  I have some others that are coming up, too.  I noticed that someone had a Wildflower Wednesday post up, so I may link this post to Gail, at Clay and Limestone's monthly event, since this is a wildflower.  My woodland phlox is coming up, too. 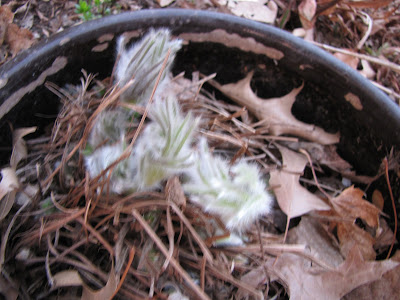 Thanks for the words of encouragement and advice about our tree situation.  I called the extension office today, and she very nicely got onto my blog and looked at the pictures.  For one thing, she told me the foam is not considered good practice.  She said about the same things Greggo did, that the foam would not stop the wood from rotting, making more cuts will create more of the holes that may not heal up well, since the others haven't.  She didn't want to tell us straight out that we should go ahead and have the tree cut down, though.  She was saying we will continue to have problems with the tree, and agreed that the big limb is not safe.  When I asked what she would do if it was her tree, she said  she can only give us the information so we can make the decision.  She did end up saying things that helped me figure out it really is time for it to come down.  She also said the tree is not healthy enough to draw any pesticides up into it.  I didn't want to do that, anyway.

The arborist had not come by 3:30 today, so I called to see what his plans were because I had the urge to go buy pansies and onion plants.  He said it was going to be later, if he made it.  I told him we can talk on the phone if he'd prefer.  He told me he trusts his crew if they say it needs to come down.  They hadn't told me that, but I figured that's what they were thinking, since they wanted it to come from him. I told him about my call to the extension office, so I felt it was the right decsion.  He went ahead and gave me the estimate, which was more than I thought it was going to be.  I called one other place, and they are going to be coming this week, hopefully.  Everyone is busy now, because they got a bunch of leads at the Home and Leisure Show last weekend.  In fact, the place I called for the estimate is a guy I talked to there.

Oh, and Larry and I already have different ideas about what we want to do about the bare spot.  Larry said he wanted to level the area and plant grass.  I said I wanted him to wait because we'll need to figure out what we want the area to look like and see about finding a tree we could plant.  I am so not wanting to plant any grass there!  I am starting to get ideas for plants I'd like to put there.  I'm thinking the planting area should extend from the area in front of the house.  I told Larry I'd like to plant some annuals there.  He said that's why we dug out the big area in the front.  I told him I ended up planting a bunch of perennials there, so could use more space for annuals.
Posted by Corner Gardener Sue at Tuesday, March 22, 2011