Are You Tired of Seeing Skippers?

After such a late spring and wet summer, it's been nice to have a mild fall.  It has gotten cold enough that some of the annuals are finished for the season, but some have been oblivious to the temps, and are still blooming nicely.  I thought the tomatoes would be finished, and maybe they are, but I'm going to wait until I'm certain.

It has been quite windy this week, and I didn't have the energy to battle it, so I got a lot of housework done.  It was still windy yesterday, but not as much as it had been.  That whole system caused even more problems and damage to other states, so I shouldn't complain.  I was able to get some gardening done and some critter photos taken yesterday.

Today, I finally finished spreading my compost around, and saw that my plants don't appear to be damaged from the neighbor's 2, 4-D.  I need to look into it further to see if it's the new growth that will show the puckering.  My kale needs to be picked soon, and that is closer to the fence than the little lettuce plants I was worried about.   Thanks to the folks who gave me information about that in my wildflower post.

By the way, click on the link in my sidebar to get to the Camera Critters site.

This squirrel is quite the character.  I think it was hoping Heidi would give chase so it could run quickly up the tree. 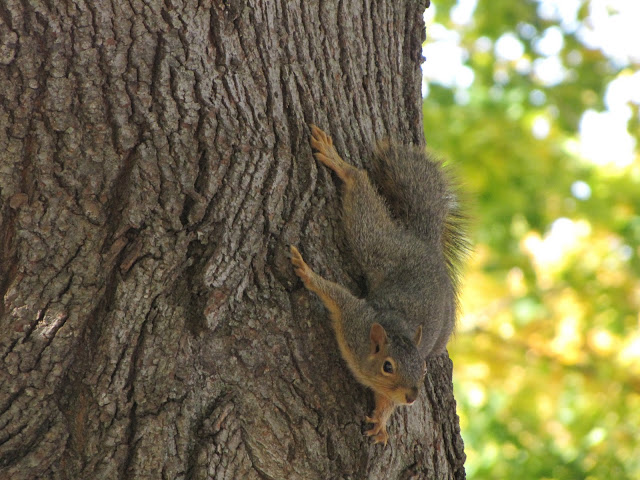 I need to go see if these the same kinds of Skipper Randy identified for me last week.  Thanks, Randy!

On a pentas in the front yard: 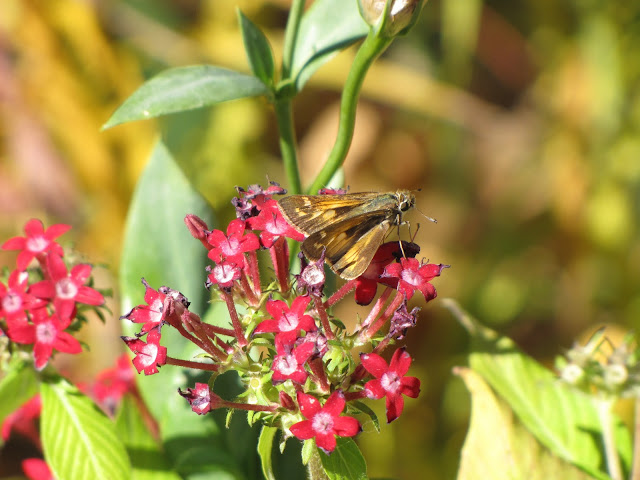 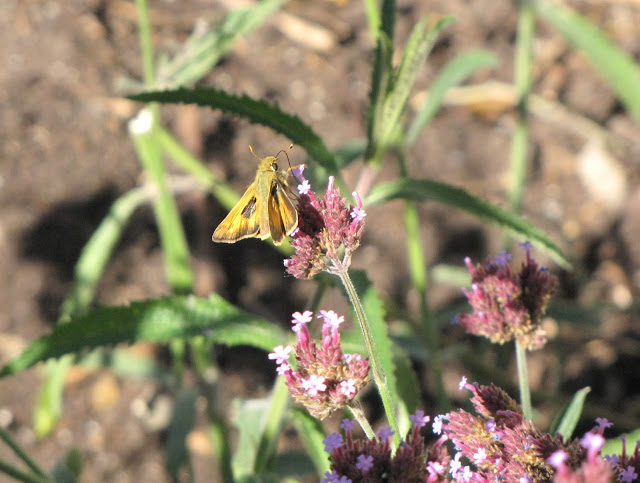 When I saw this butterfly, I ran inside for my camera, because I don't see these often.  I wish I had a better memory, because I'm sure I've had it identified before, but couldn't find it in my book just now.  I'm wondering if it's a skipper of some kind.  I only got 3 photos taken before it flew off, so I was tickled one of them turned out OK.


(Randy let me know this is a checkered skipper.  Thanks, Randy, now I remember I've had at least one here before.) 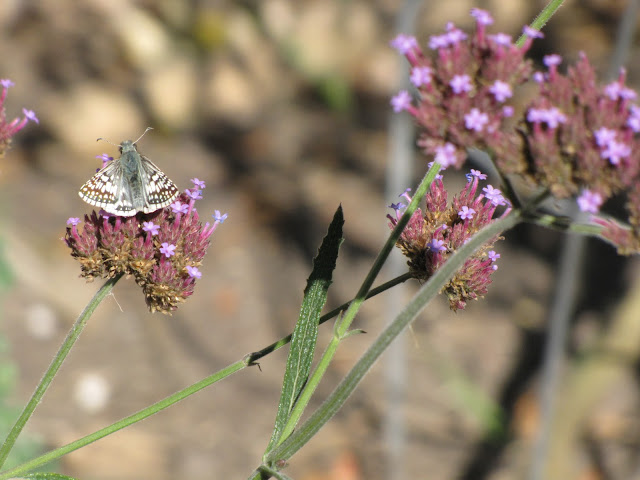 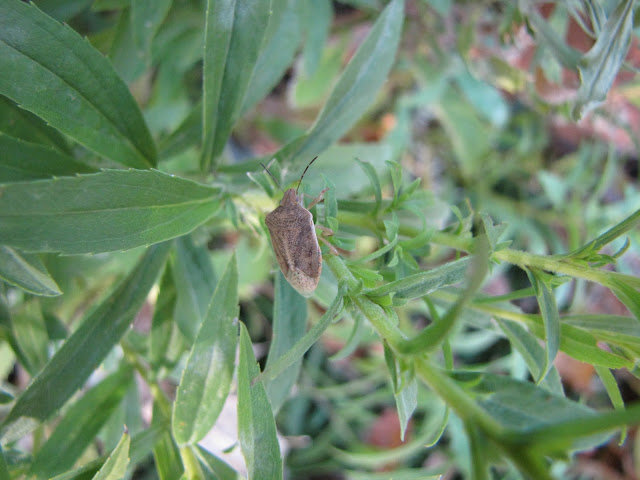 Thanks, Rose, for letting me know this is a spotted cucumber beetle, and not a Japanese beetle.  I don't know how I came up with that, because I did a search for kinds of beetles to see if I could tell what it was.  These are nasty ones, but it sounds like they don't do as much damage as Japanese beetles. 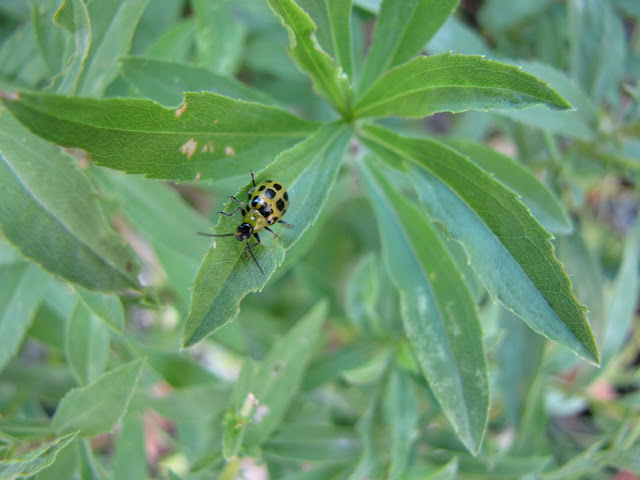 I had to include this photo of Heidi enjoying the cushion of the pile of leaves. 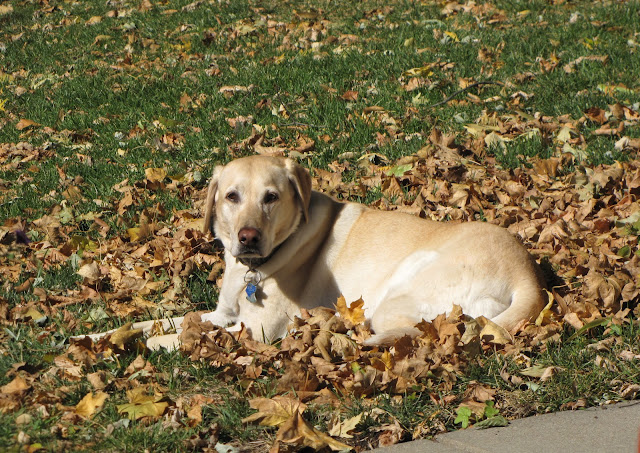 I better get this posted before the day is over!  I  hope your weekend is going well!  Thanks for hosting Camera Critters, Misty Dawn!
Posted by Corner Gardener Sue at Saturday, October 30, 2010