A Bit Late for Wildflower Wednesday

I don't remember what I've posted for Gail's Wildflower Wednesday in January in the past.  I didn't think I had anything this time, but it was pretty nice out today, and I had a few minutes to go out and take a few photos.

Did you know there was a native heuchera, also known as coral bells that has quite pretty foliage?  I am pleased that I planted several of them, and hope to divide them to put in other spots as well. 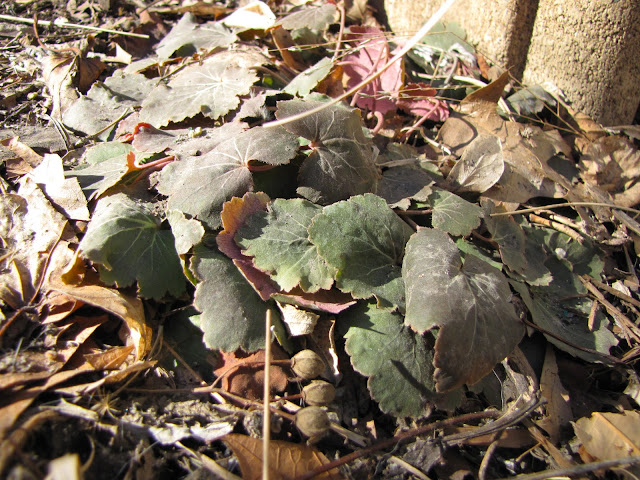 It was a bit too sunny, but I wanted to include this clump, because the red in the foliage is more noticeable. 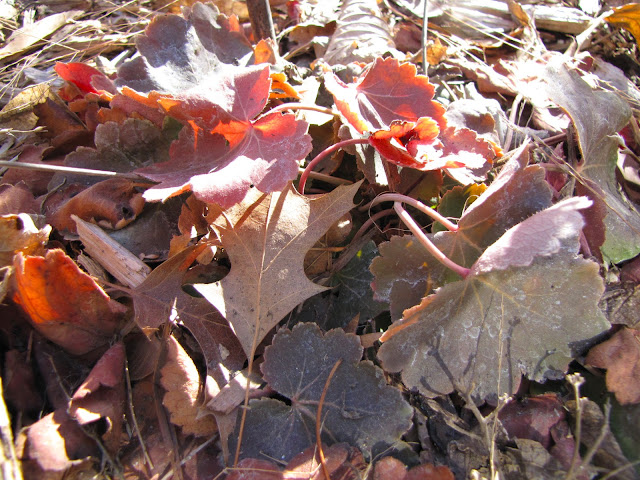 Here's a photo with the tag.  It's Heuchera richardsonii.  The blooms are smaller than the cultivars. 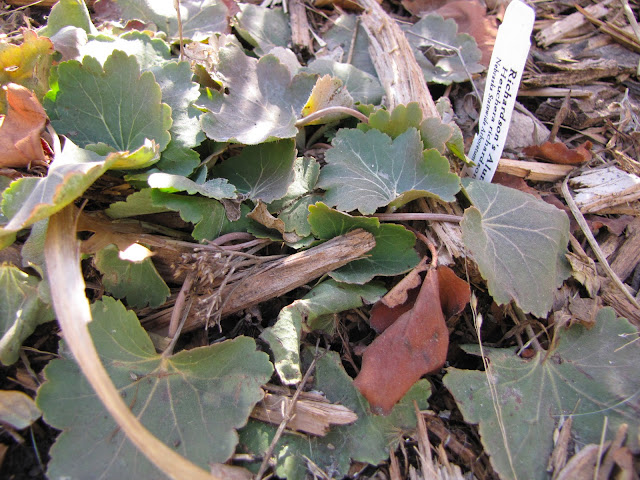 I was going to provide the link to this plant at the USDA database, but the site is temporarily unavailable.  Here's a different link that has some good information.  It's nice to have a plant that has foliage that looks this good in January.
Posted by Corner Gardener Sue at Saturday, January 26, 2013