I have been coming across plants that I don't recognize, and today, when I saw something different while weeding across the street, I decided to go ahead and do a post to see if any of you know what they are, and whether they are hard to control.  I did decide to get rid of the wood strawberries after seeing some in my vegetable garden at home.

The first three photos are the same plant. 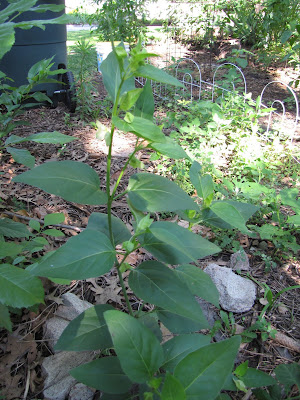 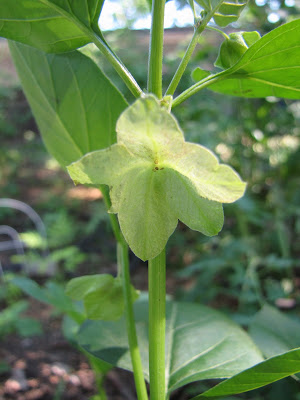 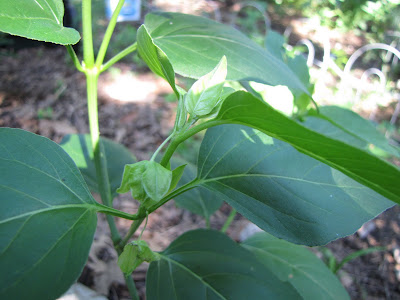 I am hoping these are money plants.  I planted some in the area last year that bloomed. 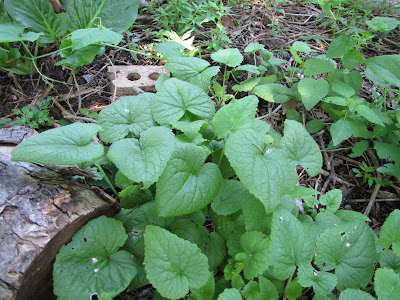 I don't remember if I've seen this vine before, but I'm thinking it's something I should pull. 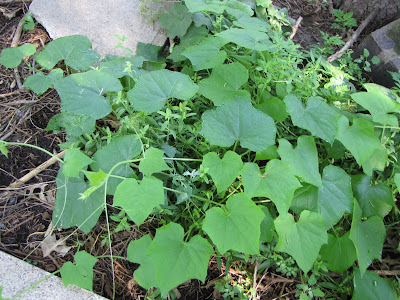 The next plants are in my east front bed.   I couldn't get a good photo of these blooms.  I'm trying to remember if it's something I've planted before. 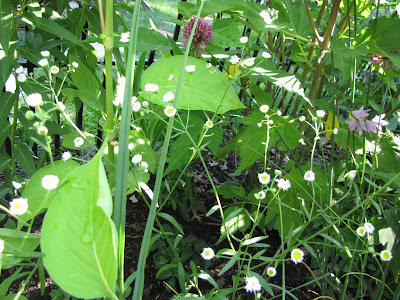 The next two photos are of the same plant, (not the same as the one above.)  I couldn't get a good photo of the blooms with the foliage.  I keep looking at it, thinking the blooms look like forget me nots, but the plant is more upright, about 10 inches high. 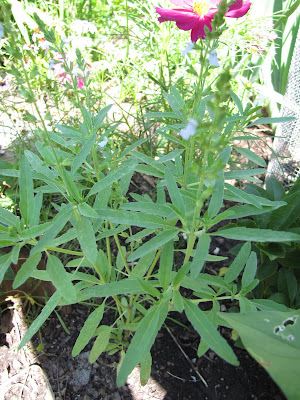 After looking at the close up photo, I'm thinking the blooms look like some kind of salvia.  I did a search on salvias with small blue flowers, but didn't find it. 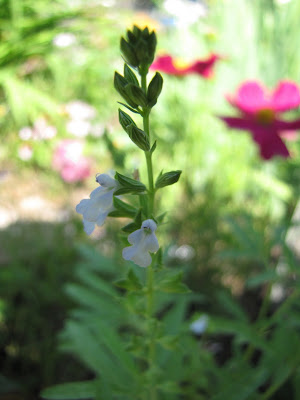 As I was about to go in, I saw some movement, and noticed this insect, which I think, is a cicada.  Its left wing is either deformed, or else it hasn't dried yet after it came out of its shell. 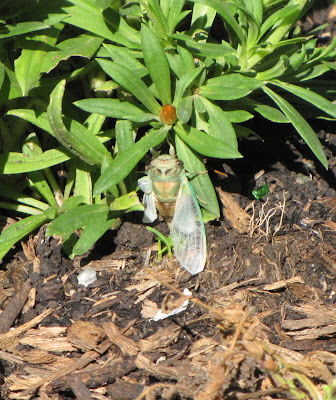 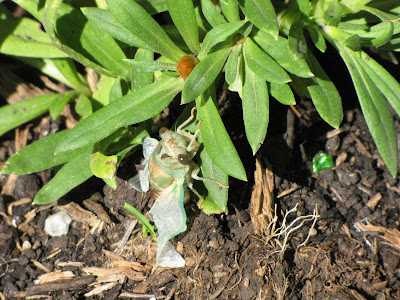 Well, I did it!  I wrote a shorter post!  I'm finally seeing butterflies, and have been taking photos, but decided not to include them this time.

I got lots of weeding done this morning.  I was planning on going back out after lunch, but have decided to go do some laundry and do some sorting of clothes and such.

My 80 year old dad went home from the hospital Wednesday.  Thanks for the well wishes for him.  Mom made him get a walker.  As it turns out, he also had cellulitis on a leg before going to the hospital, and when Mom would say he should find out why his leg was swelling and red, he would say he's fine.  He had pnemonia, but the cellulitis could have caused the fever and weakness as well.  Larry took him to the library today.  Mom said she could handle it, but I suggested she may like a break from the man.  LOL

Have a great weekend!
Posted by Corner Gardener Sue at Friday, July 08, 2011