I Gardened with a Robin Today 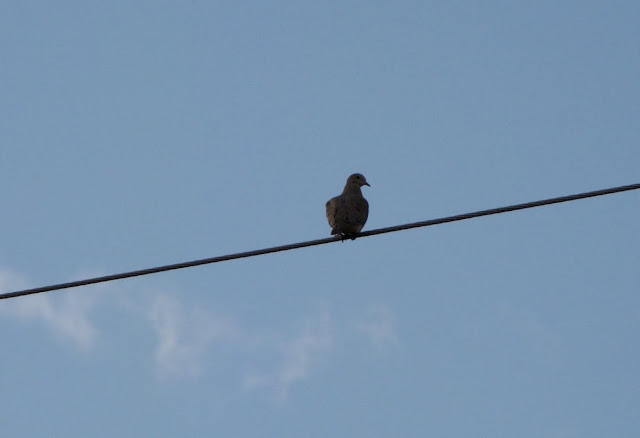 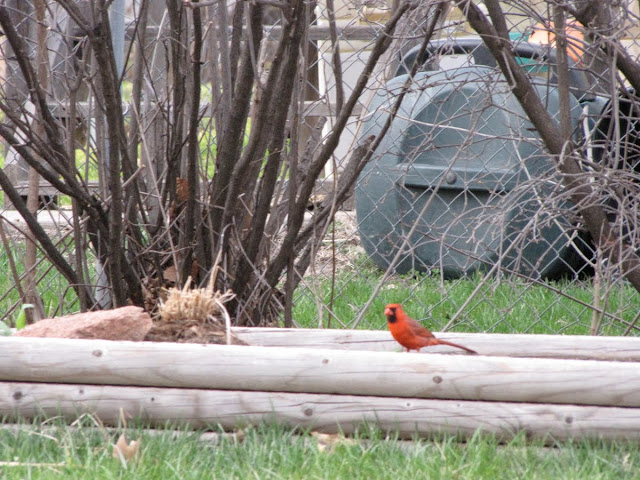 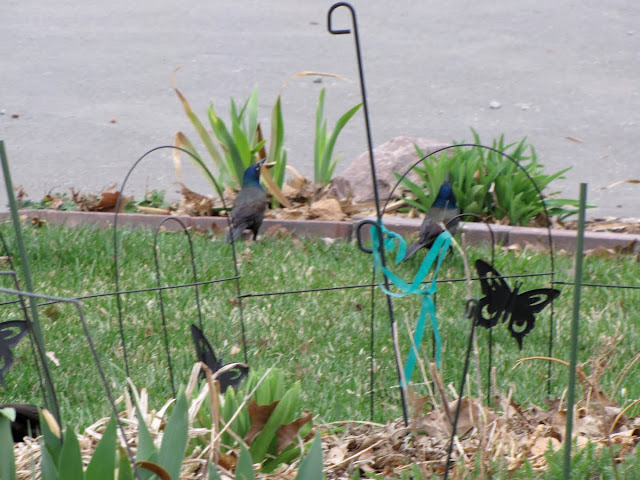 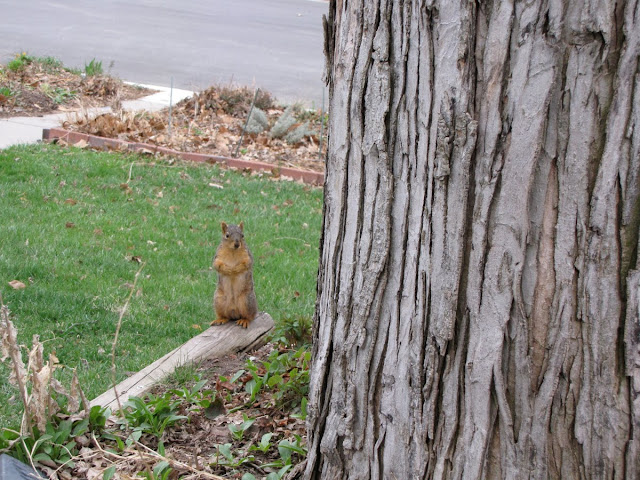 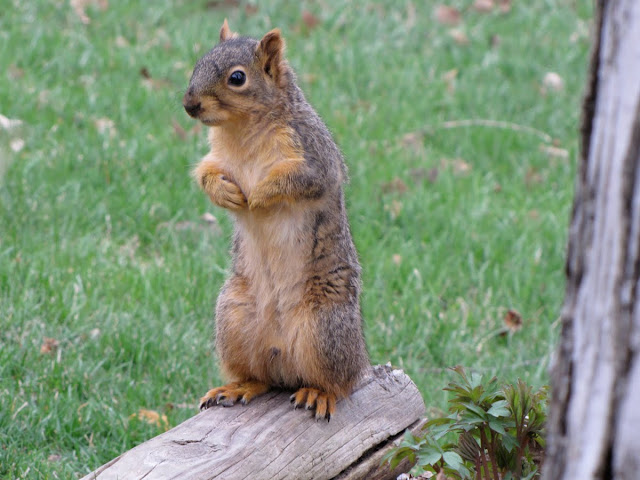 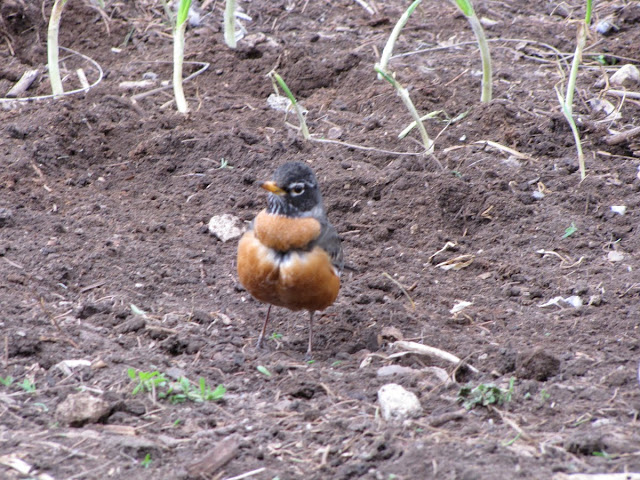 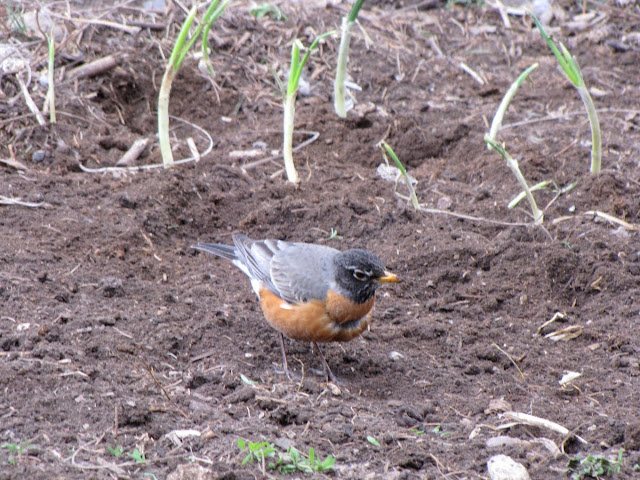 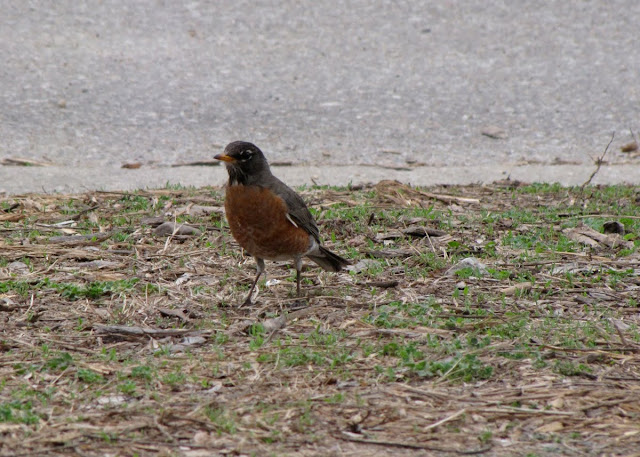 I experimented with my photo adding, and thought they would post backwards, but they didn't, so now, they are backwards, because I chose a different order.  I am hoping they will be centered.

I am so enjoying gardening after such a long cold winter!  I have most of my vegetable gardens, including the one at the neighbors' planted.  I'm not sure where I'm going to plant the summer veggies.  I'll have to put them in the lettuce areas, so that by the time they need the room, the lettuce will be harvested.  Speaking of lettuce, it grows so easily from seed, that one really doesn't need to buy plants.  I eat the thinnings before they even reach the size you see the plants, so to me, they are ready to eat before you even plant them.

The above critter photos were taken today.  The different kinds of birds sure have been talking over each other!  I've enjoyed their conversations.  I wonder if they are telling each other the lady who digs up the worms is out again.  I am also hearing wrens in one of the bird houses.

Today, I finished planting onions, lettuce, and radishes across the street.  A robin kept coming within 6 feet of me.  I noticed it had something wrong with its chest.  I thought maybe a cat had gotten ahold of it when it was younger.  It would look at me, and then go for something in the dirt.  Some of the time, it would fly away for a minute or so, then, I'd look up, and there it would be again, making eye contact with me.  It was kind of cool, but I was startled a couple times by its close appearance.  This went on the whole time I was there, about half an hour.  I tried to come up with a poem as I was working, but all that came to my brain was, "I gardened with a robin today."

I didn't have my camera with me, but when I was finished, I went in and got it.  When I went back, it wasn't there, but I guess it thought I was going to dig some more, because it returned.  I took a few photos, and then, when it saw I wasn't digging, it flew off.  After looking at the photos, it almost looks to me like it got caught in something at one time.  I also got a photo of another robin, who didn't come clear into the garden.

To see more critter posts, click on the Camera Critters button in the sidebar. (Oh, I see that it is Misty Dawn's meme's second anniversary. Congratulations!)
Posted by Corner Gardener Sue at Friday, April 02, 2010