View from the Front Porch

Every once in awhile, I like to stand on the porch and take some photos.  It's fun to see the changes over the season. 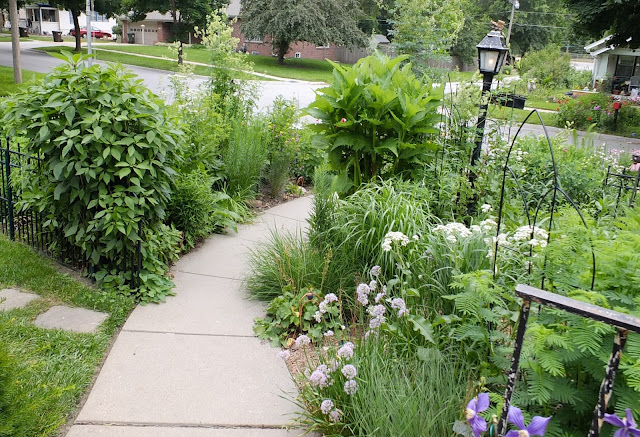 I trimmed back the joe pye weed last week because the ends were drooping in the heat of the afternoons, and so it will take up as much room over the sidewalk.  I've had to tie up a number of plants due to how tall and floppy they are getting due to all of the rain we've had.  The meadow rue plants were falling down before I tied a string around them. 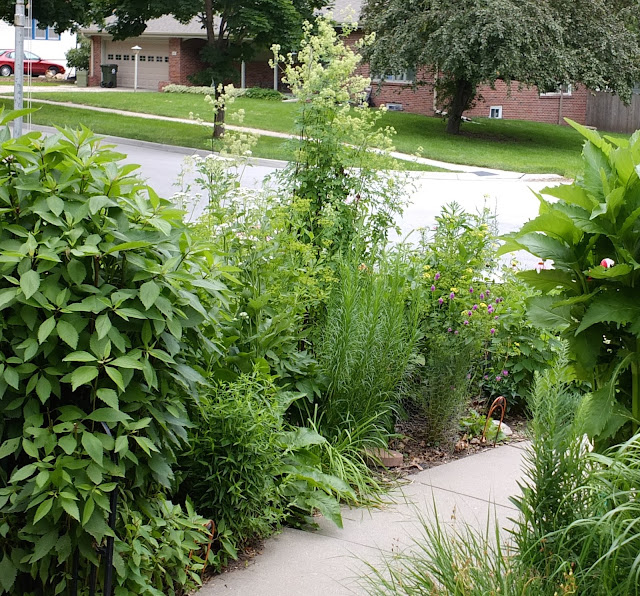 The wild quinine blooms are outlasting the golden alexanders.  Soon, the mountain mint and liatris will be blooming. 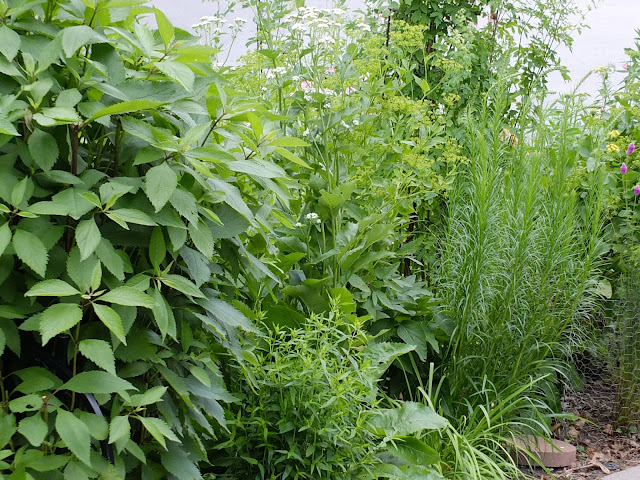 I dug out quite a few purple coneflowers this year.  Some of them have been getting aster yellows, so I didn't want as many as there were last year.  The pale purple coneflowers are looking good, but rabbits have eaten some of them down, and reduced the amount of blooms.  Purple prairie clover is one of my favorites, and one of the favorites of rabbits, so I have them caged. 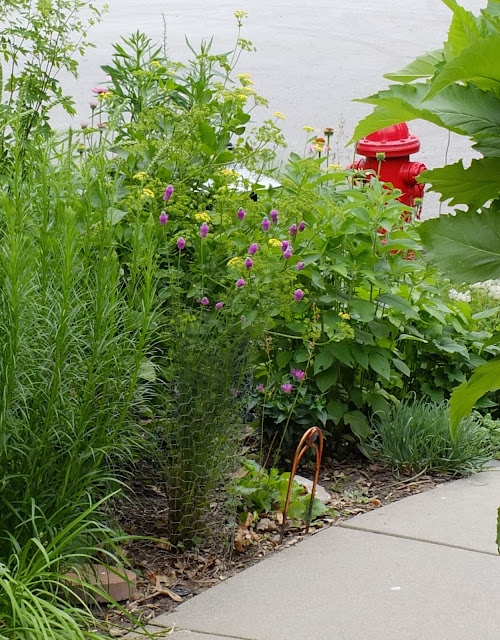 I cut some of the stems off of the cup plant so it can't droop over the sidewalk.  Rabbits ate some of the Illinois bundleflower foliage.  I'm glad they didn't get it all. 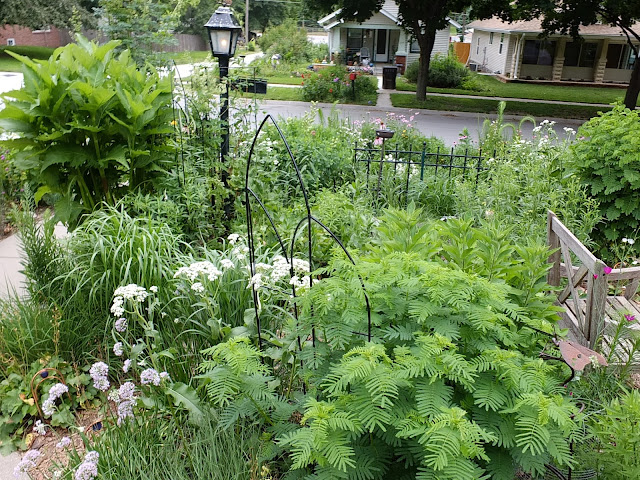 When I planted this mallow, I didn't realize it was a taller kind.  The white blooms on the other side of the chair are another mallow cultivar. 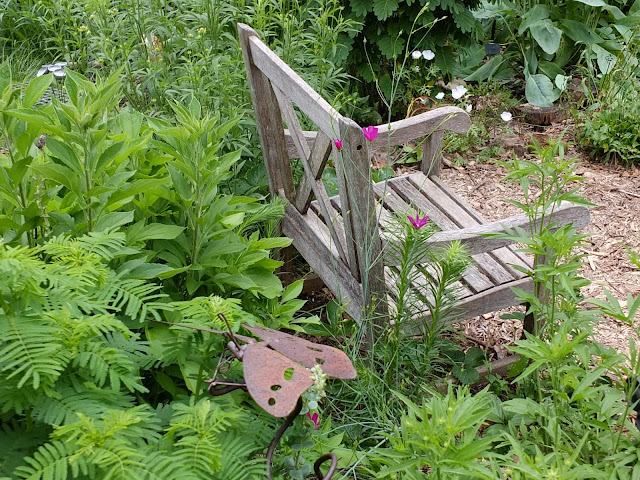 Gray-headed coneflowers are about to bloom.  The wild senna foliage is looking awesome, and the rudbeckia maxima is blooming shorter than usual. 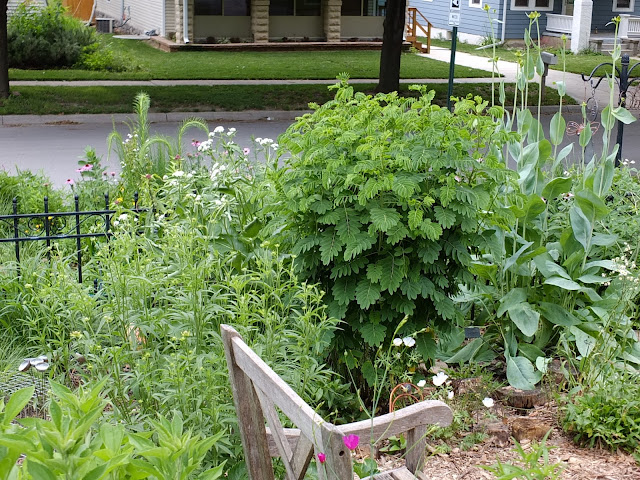 I had to tie up the fleabane the other day, because it was falling over.  I also have been tying up the lanceleaf coreopsis plants.  The blooms under the bench are the native purple poppy mallows. 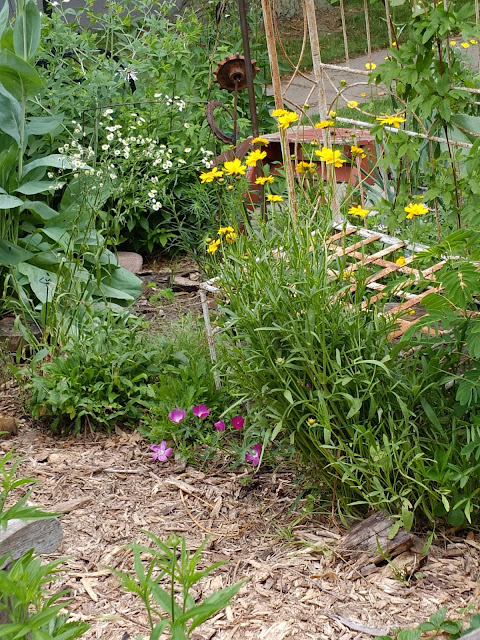 The clematis pitcheri on the trelllis has needed to be cut back since it has run out of support.  For some reason, the younger one is blooming before this one.  That's yarrow near the grass, a switchgrass cultivar I'm not remembering the name of. 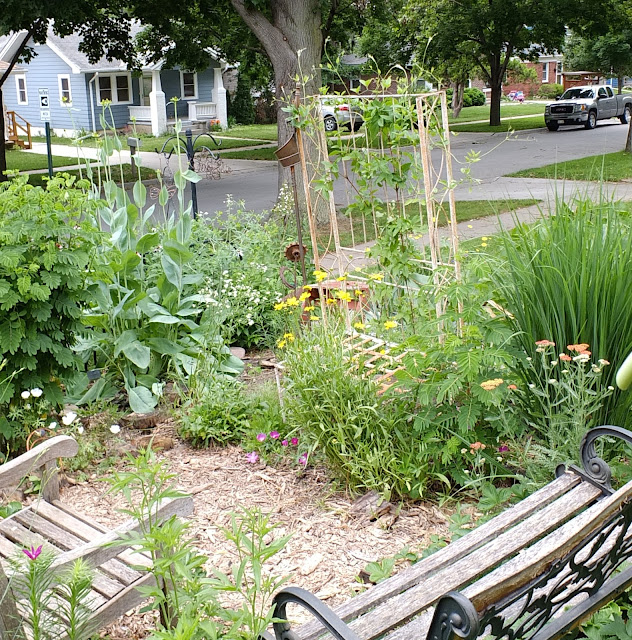 I think these are outhouse flowers.  They are going to have to come out this fall, though, because we are getting water into our basement from this raised flower box that was there, I think, when the house was built.  I am not sure what his plan is, but I think it involves cement. 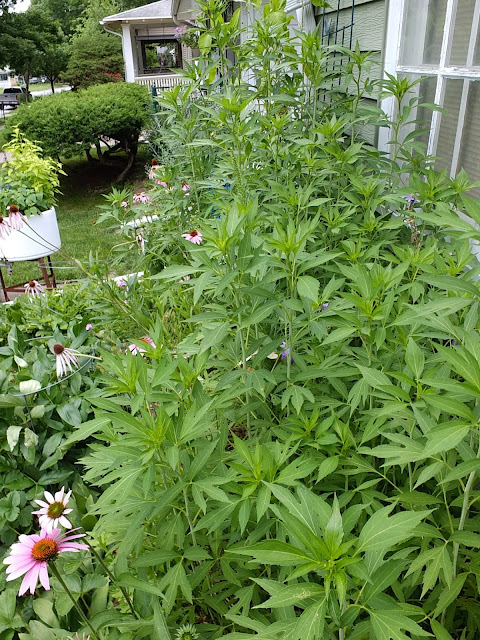 Even though we've had way more rain than normal this season, the heat the last few days has dried out the vegetable garden and the pots.  I heard there were some bad storms east of us today.  I hope all of you are safe and sound, getting some gardening it.  My efforts at working across the street today were met with aggressive mosquitoes.  I don't have the stamina for the heat as much as I used to, but I will keep at it.

Labels: View from the Porch