Area Where the Tree used to be

After such a cold spring, it is now warmer than usual.  I am thankful for the rain we've had, and are continuing to have.  Some have had some pretty bad storms, though, and I'm sorry for the loss of those who've experienced tornadoes.

The plants seem to have had a growth spurt the last few days.  I am continuing to have fun seeing daily changes in the gardens.  I am pleased to do an update on the west front yard.

The pussytoes are blooming this year.  I'm pretty sure they didn't last year.  The phlox divaicata did not get eaten by the bunnies this year, and are blooming nicely next to the pussytoes.  The large leaf belongs to the cup plant, which is quite a bit larger than it was last year. 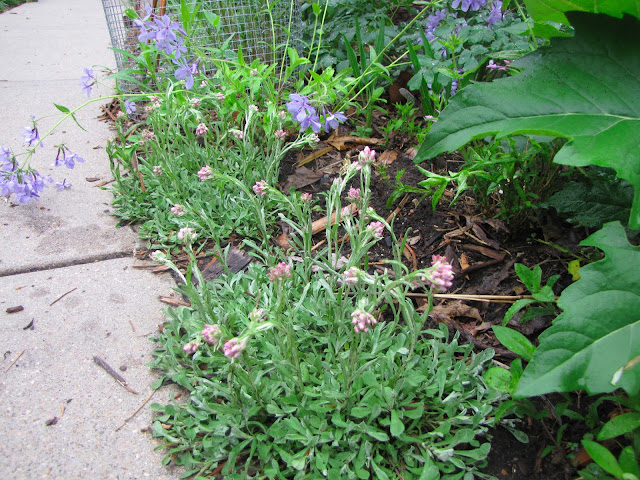 Here's the view from the front porch.  I took quite a few plants out of the area with the bicycle so I can put some of the same native plants that are on the other side of the sidewalk.  I want the two beds to become more like one, with the sidewalk as a path. 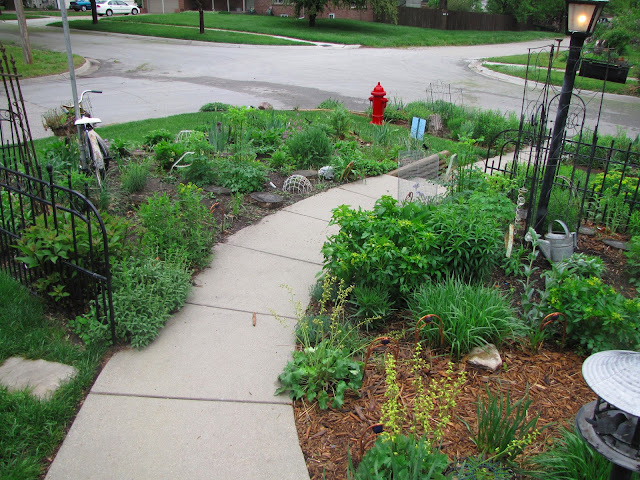 We'll head wast.  The area where the white basket is, is where I planted the Illinois bundleflower that has not come up so far, but some other seedlings have.  I haven't figured out what they are yet. 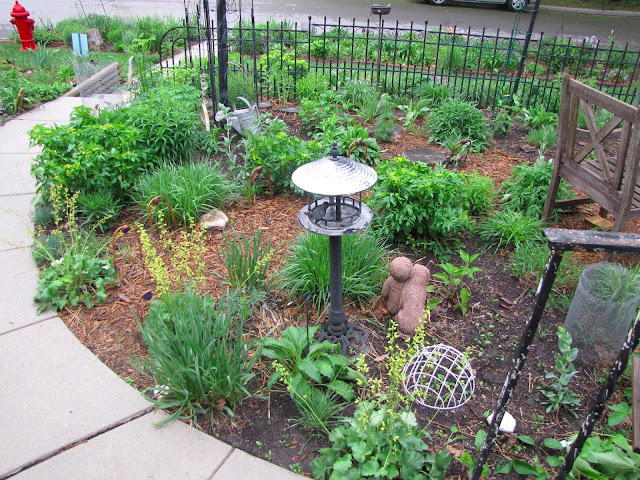 Scott thinks this may be a rudbeckia or echinacea of some kind, but whatever it is, there is a nice row of them, like someone planted them there. 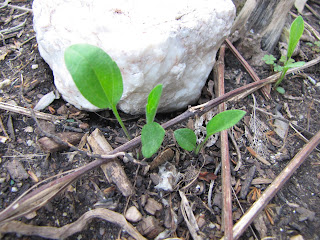 The next two photos were taken closer to the fence.  Do you know what they are? 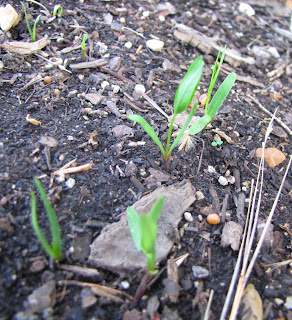 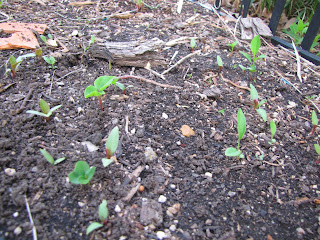 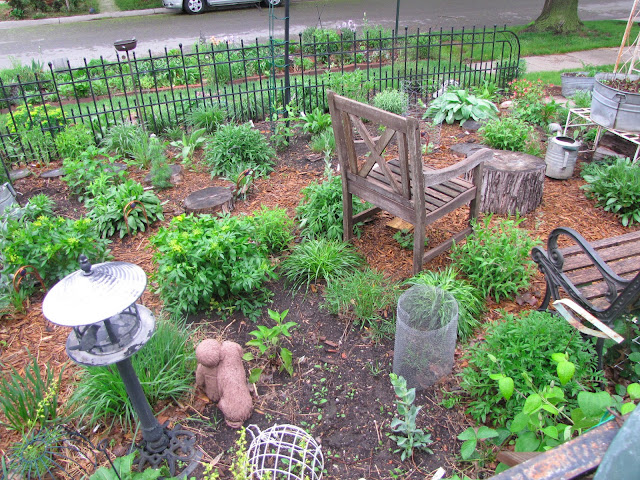 We're still facing west, but heading back closer to the house. 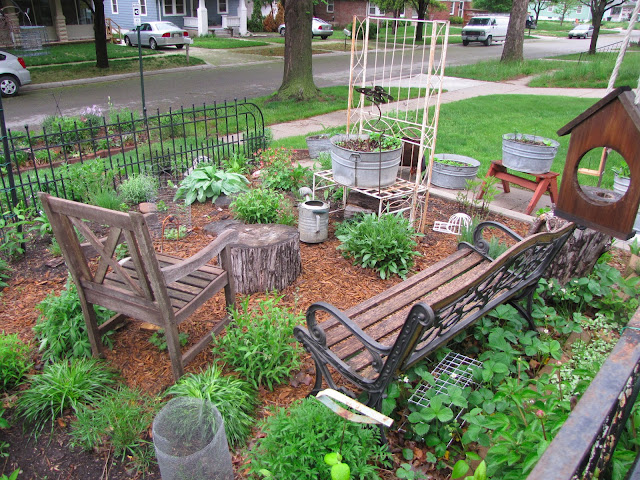 The raised planter is filling in nicely. 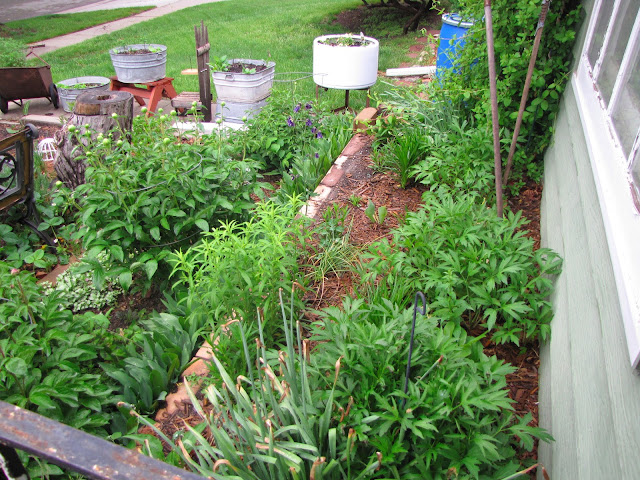 These Peonies and the Lily of the valley right next to the raised planter were planted by my mother-in-law when she was alive and lived here.  Larry and I were just talking about what we think his parents would say about the yard.  We decided his mom would like it, but think it a little busy, and his dad would not care one way or the other. 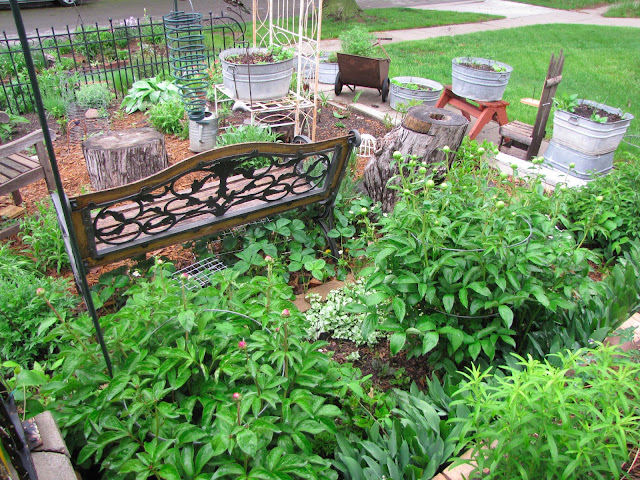 I have someone who wants the lamium that I need to dig out so the strawberries under the bench can spread some more.

I hope your spring is going well.  I'm glad the severe weather watches and warnings are over for our area.