We've had a few mild days, but winter is not finished.  The last couple of days, we kept hearing something about the probability of snow today.  I kept looking out of windows at work, as the clouds got thicker and thicker.  Around 1:30 this afternoon, I saw a few flakes falling.  I looked out again every few minutes, as the snowfall got heavier and heavier.  When I got off work, there was at least an inch on the vehicles.  I needed to stop at the store after work, and there were at least a couple inches of snow on the car after I got my 4 bags of groceries.  By supper, the news said we'd had 3 inches, and could get several inches more by tomorrow.

I know some of you are part of this system, too, or have had your own to deal with.  Where should we hold our pity party?  Well, I guess I should be glad for more moisture for the plants.  I am just having a harder time waiting for spring to get here than normal.

I took some photos of the snowy sky for SkyWatch Friday after work.  I am posting my sky photos on this blog now.

As we were eating supper this evening, Larry lightly tapped my arm, then pointed to the window feeder.  I went for my camera, but the cardinal he had noticed flew away.  Later, I saw one again, and started taking photos from the hall, but had problems because the glass shelf is in the way, and the top part of the bird was either distorted, or not in the photos.  I was able to get into the room and sit down, but when it's warm enough, we need to figure out where to put the feeder so I can get better photos. 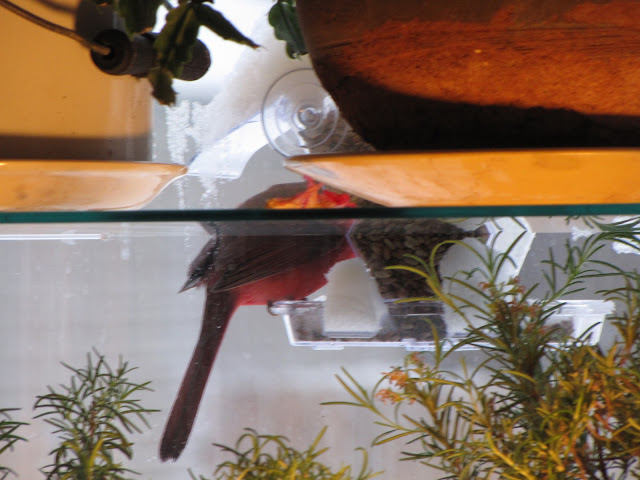 The bird turned around and faced the window after I took a few photos.  I'm not sure if I realized the belly was that much lighter than the back. 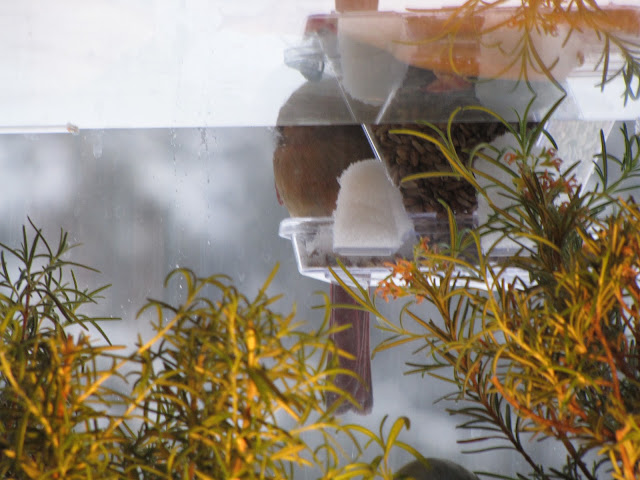 Finally, I got a photo of the head, but not much of the body.  Now, I'm wondering if the male flew away and this is a female.  (Thanks to those who told me this is a female.  I think what happened, was, that the male flew off as the female was landing.  I thought he had turned around, but it makes sense that the movement was them switching spots.) 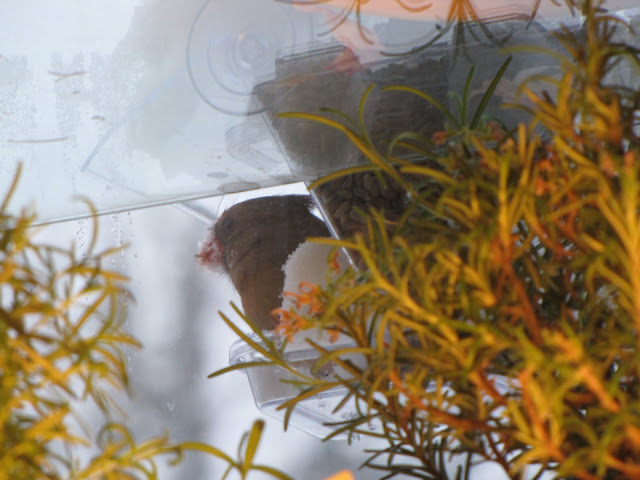 Poor thing, out in the snow!  Enjoy the safflower seeds! 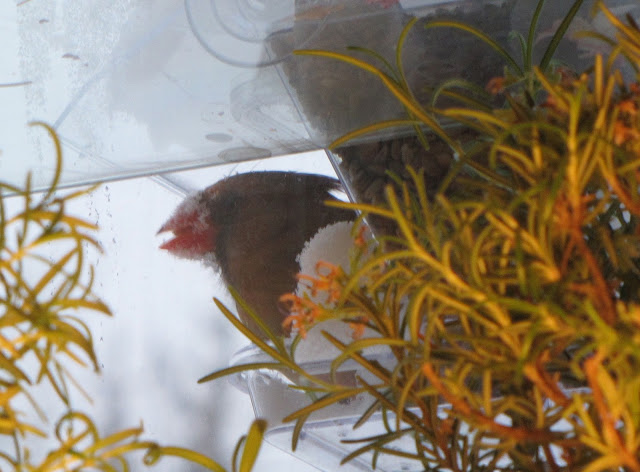 I hope all is well in your world.
Posted by Corner Gardener Sue at Thursday, February 24, 2011