The Last Harvest of the Season

There was an article in the paper today about November being a bit warmer than October this year. Our fall has been quite mild. Well, colder weather has come, and the weather forecasters say we will most likely have to wait until spring before seeing the 50 and 60 degree days we'd been having. That's OK with me. In about 2 1/2 weeks, the days will start to get longer. That's when I normally start relaxing a bit, knowing that spring is on its way.
I got off of work an hour early yesterday, knowing the cold was coming, so I could harvest greens, kale, and what was left of the lettuce, and take care of some pots and things. I was disappointed at the amount of lettuce rabbits had eaten. I can't complain too much, though, because I don't believe I have ever had lettuce to harvest the first day of December. 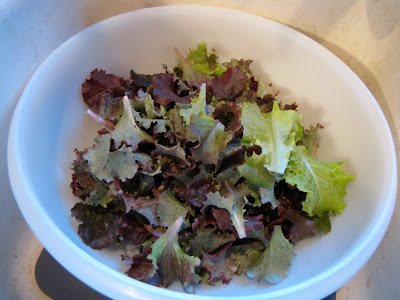 There is still lots of kale in the garden. It will take colder temps than the lettuce, but lows in the teens are predicted for later in the week, so I picked lots. It stores well in the refrigerator, too. (I just remembered I forgot to harvest some of my Nero Toscana kale. I'll have to see if it's survived the cold so I can pick some tomorrow.) 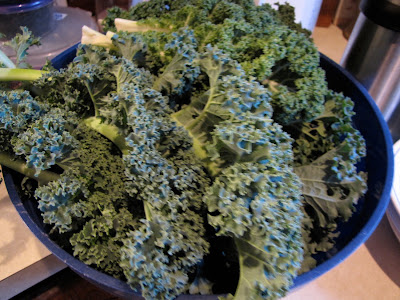 I've been enjoying the greens from across the street that I mentioned self sowed themselves from the spring planted ones. 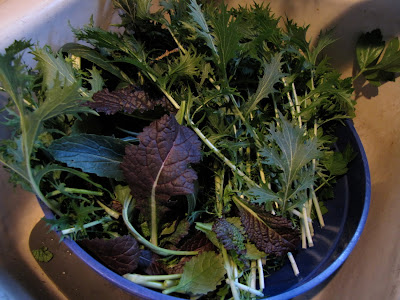 The onions across the street were trampled, clawed, or something, and died back before onions could form. I noticed they were growing again this fall. I thought I better pull them and use them as green onions, and then found that they had formed small bulbs. I also harvested as much plain and curly leafed parsley as I thought would get used before it turned bad. I have been enjoying adding some plain leaf parsley to my salads. 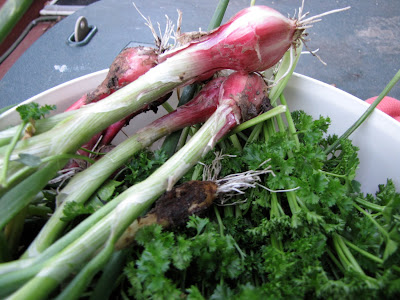 I decided to cut back the Queen Anne's lace so that there wouldn't be too many seedlings coming up in the spring. I didn't get an "after" photo taken. 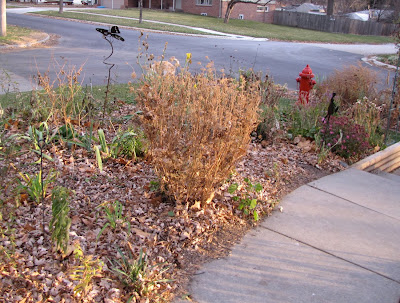 We put Larry's strawberry bag, the lavenders and a few other pots in the egress window well. 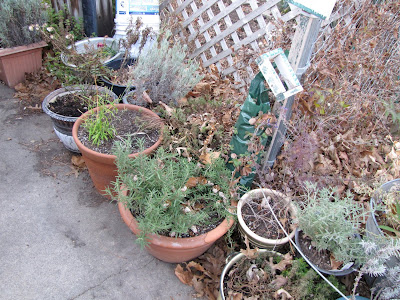 Guess what plant is in front of the egress window well, and appears to be behaving fairly well? 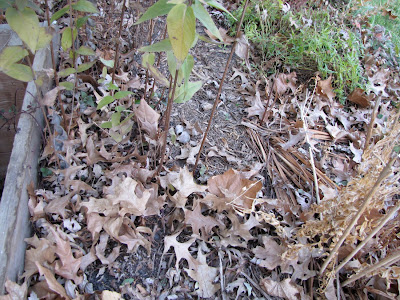 My friend, the Short Toothed mountain mint had thrown a runner down into the window, but after taking photos, it got pulled out. 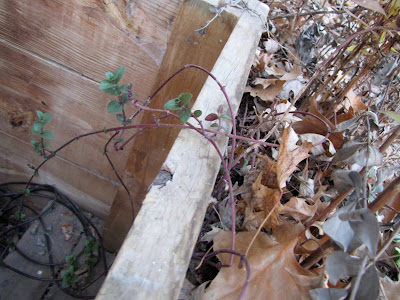 I didn't measure it, but it's over 2 feet down to the bench from the dirt. I forgot to take photos of the pots in here, but we got the space filled up. 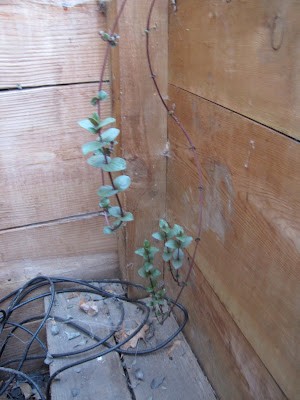 Larry brought most of the bags of leaves from a neighbor's yard to the compost at my garden across the street, and I got them dumped as the cooler temps were making their way into town. 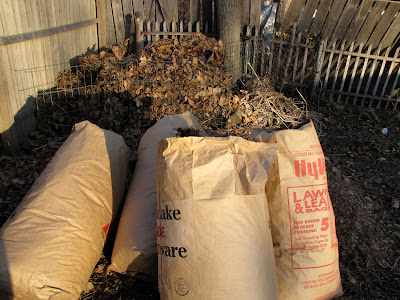 My next project is to get some horse manure from a friend, and either put it on the compost, or right into this bed that I plan to plant asparagus in when spring gets here. Maybe I'll get some bags of composted manure, as well. Seeing that bare dirt really makes my green thumb itch to get dirty. 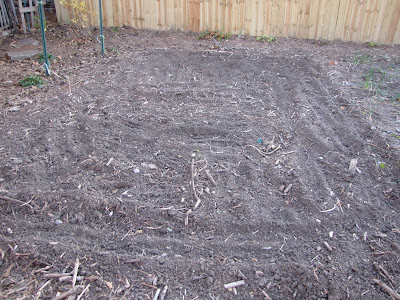