My Friend, the Robin, and a Few Other Critters

I have not been on the computer much today, like I thought I would be.  I am late for the Camera Critters party, hosted by Misty Dawn, but I wanted to post photos of the robin who likes to hang around with me.  I posted some photos early on, when it first started coming around when I was gardening.  Well, it has continued to be my "friend".  There was a day in the veggie garden when I heard some rambunctious singing, and couldn't figure out where it was coming from.  Then, I looked up, and there it was, looking right at me.

These photos were taken a few days ago.  You can see the place in the chest where the bird was injured at some point in its life. 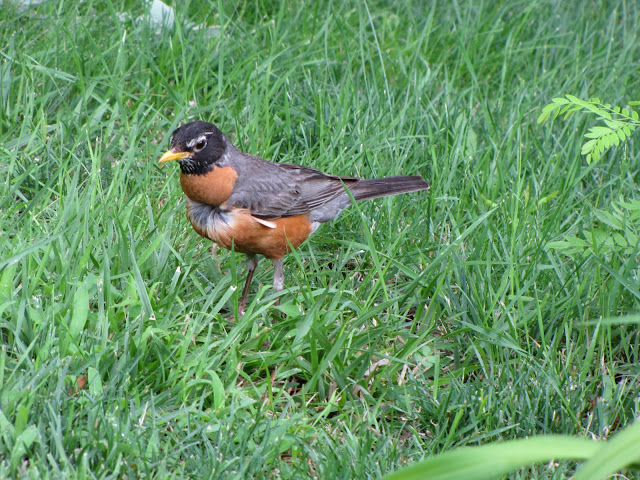 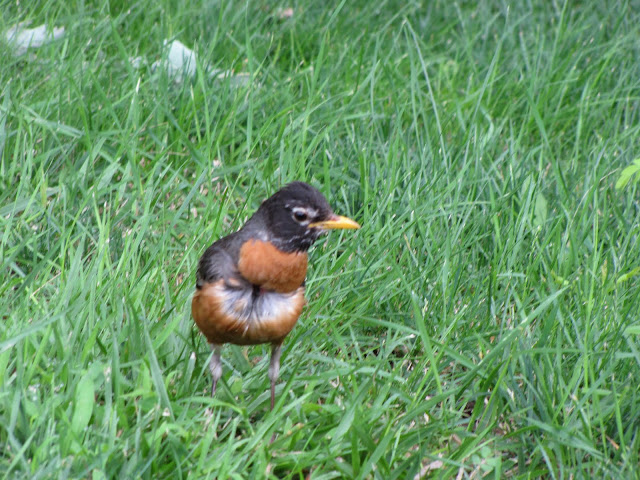 Right after I took the robin's photos, I heard a commotion and saw two squirrels in the street.  They were too far apart for a close up photo.  I'm not sure what this one was eating. 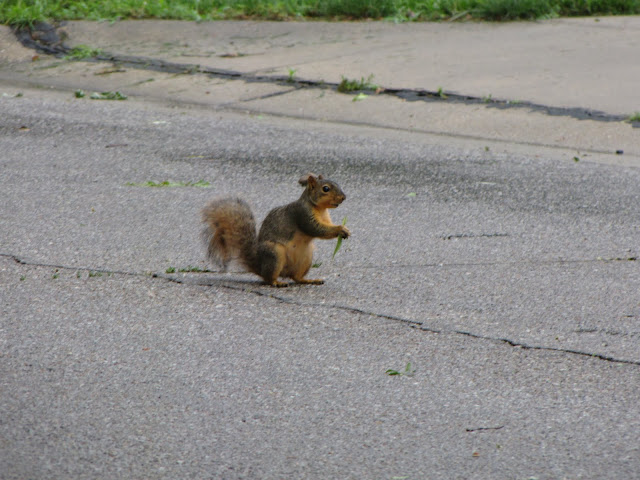 A few minutes later, there was a dove at the curb. 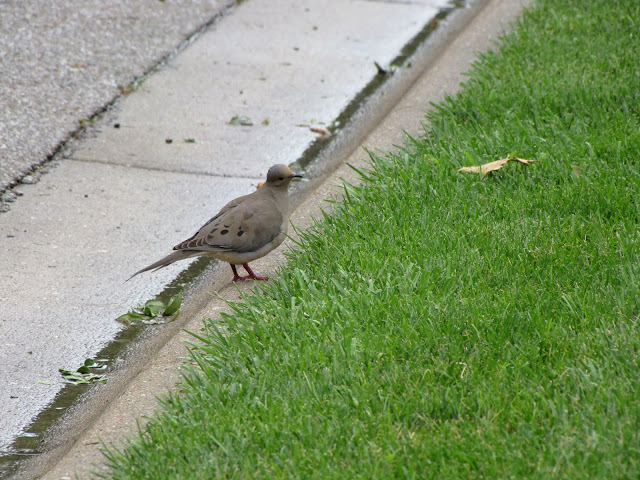 This evening, when Grandson and I were getting water out of the rain barrel for some plants, his mom, our daughter-in-law, saw this baby dove in the curb area, by the milkweed.  I took several photos.  It must not have been able to fly yet, as it just stayed there.  I decided I better leave it alone. 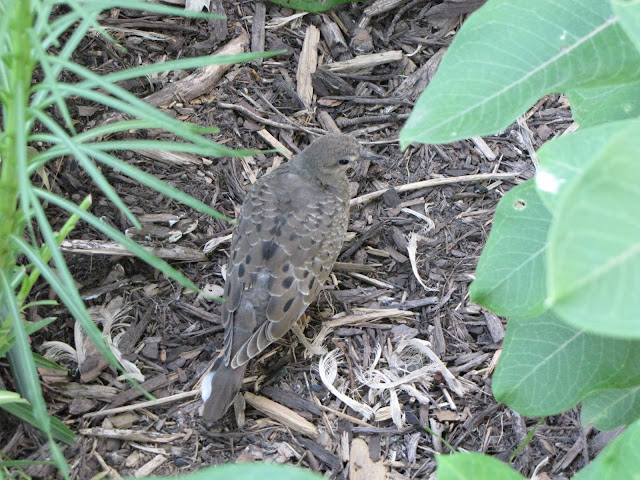 Well, by now, there are likely lots of links to blogs that have participated in Camera Critters.  Click on the button in the sidebar to see more, or join the party late, like me.
Posted by Corner Gardener Sue at Saturday, June 26, 2010