Some Indoor Blooms for Blooming and Fertilizer Friday

Katarina, of Roses and Stuff, and Tootsie from Tootsie Time each have people post their blooms on Fridays.  Katarina's actually starts first, because she is in Sweden, where it turns Friday Thursday afternoon here.  Links to their blogs are in my sidebar.

As part of our kitchen remodeling coming up, we are also moving things out of what used to be our computer room, which we are now turning into a play room for our grandson.  We moved the dog kennel out of the room last weekend.  I have posted it full of plants in the past.  I made a fun discovery after most of the plants were moved.  The mother of thousands/millions is blooming! 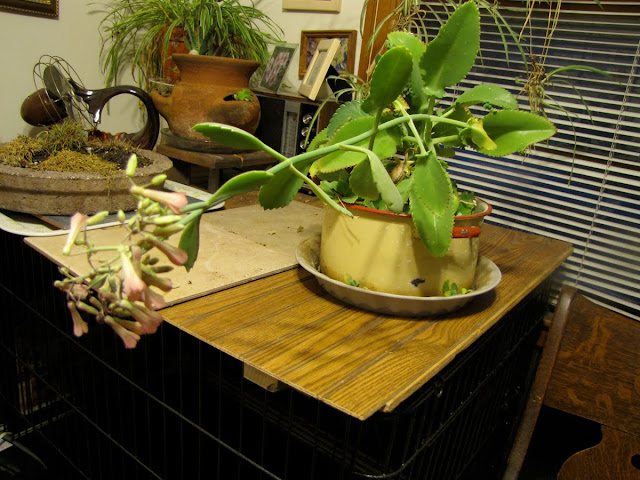 This shelf had been in the kitchen.  We got it moved ahead of time so we aren't rushing around too much when the remodel starts in a couple weeks.  I thought there would be more room for toys on it.  Well, when summer comes, there will be. 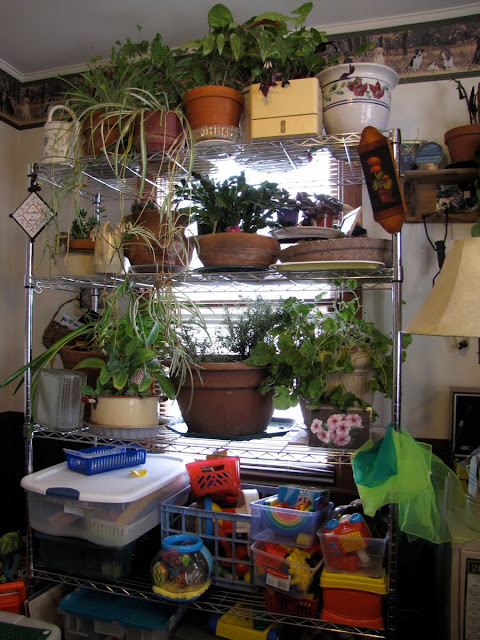 I used a couple s hooks to hold the flower stem up. 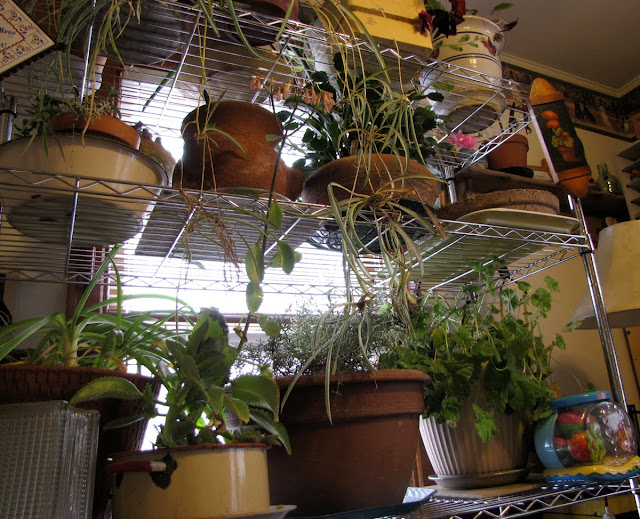 Naomi, the holiday cactus has another bloom and a few buds. 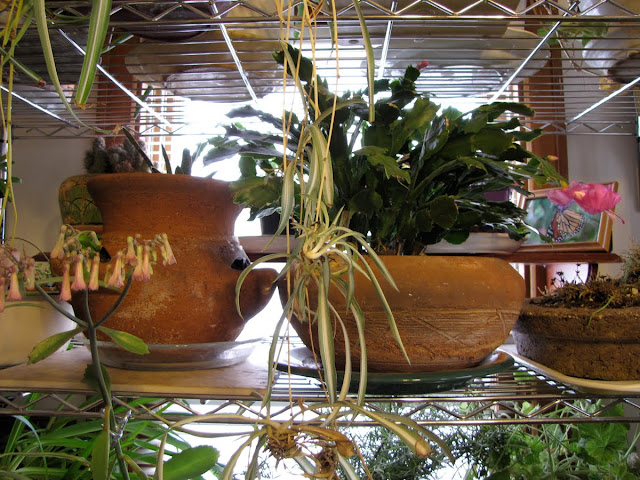 I think these blooms are lovely enough for some close ups. 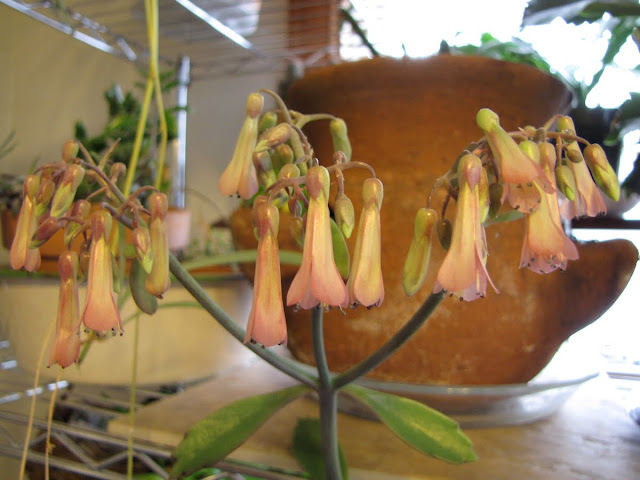 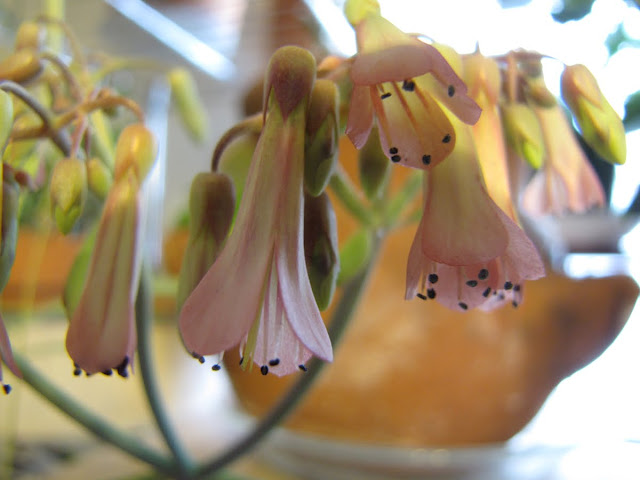 The red oxalis has some blooms, too. 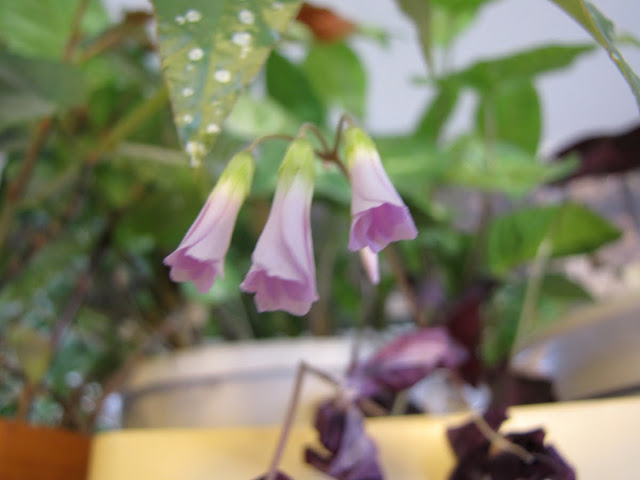 This plant, I forgot what it is, some kind of aloe, maybe, has been opening new blooms from different stalks since January or so.  The leaves and blooms are smaller than the ones I've seen online.  I think someone has told me what it is, but I am pretty forgetful. 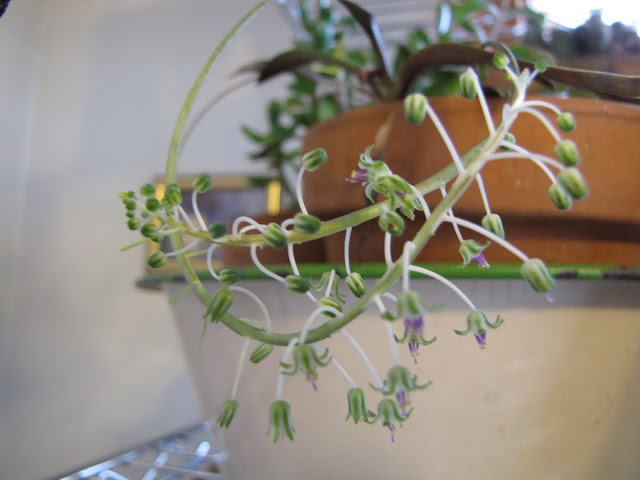 The next plants are in the garden window in the dining room. 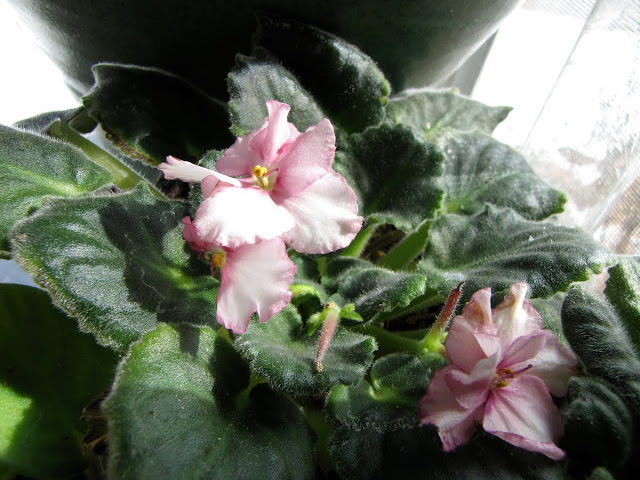 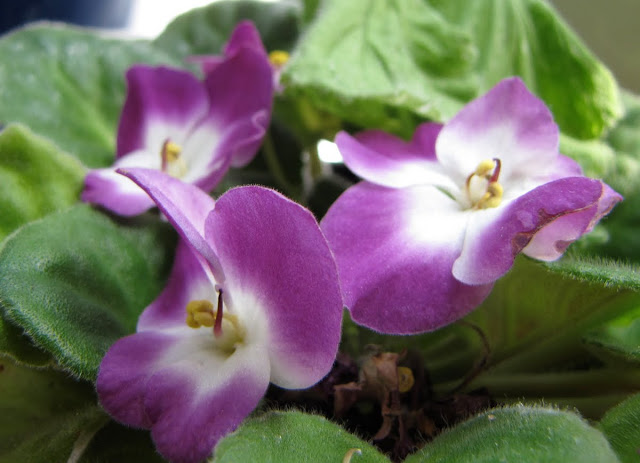 The lavender is blooming again! 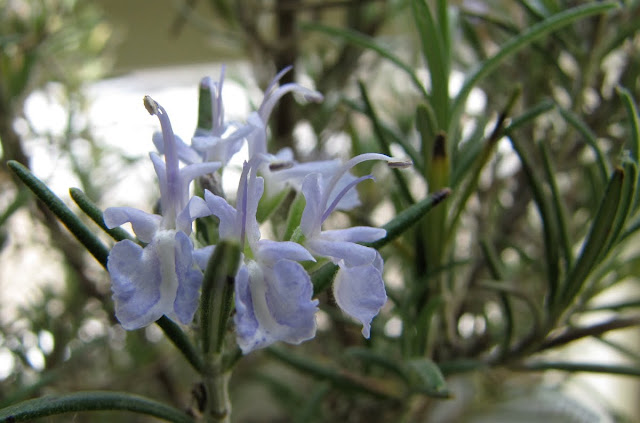 And, last of all, the River Nile begonia I posted on the Foliage Follow-up of February's GBBD, has 2 bloom stalks, and more should be coming soon!  If I looked closer, I may even find some. 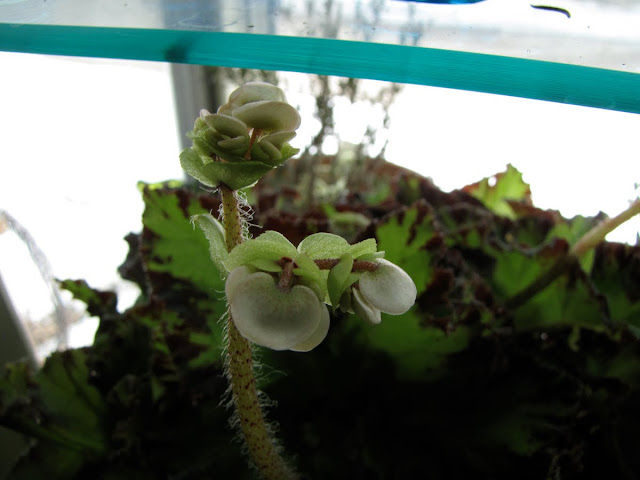 (I did this as a scheduled post, so didn't go check out Katarina's theme, which is something old and something new.  She doesn't mind if we do our own thing, either.  I will say that winter is getting old to me, and the warmer temps we are finally having are feeling pretty new.)
Posted by Corner Gardener Sue at Thursday, March 04, 2010